Home » Blogs » Smart speakers coming from all over
× Share this Article

Amazon, Google, Sonos, and LINE all introduced smart speakers within a few weeks of each other. Here’s my quick take and commentary on those announcements.

Amazon now has the new Echo, the old Echo, the Echo Plus, Spot, Dot, Show, and Look. The company is improving quality, adding incremental features, lowering cost, and seemingly expanding its leadership position. They make great products for consumers, have a very strong eco-system, and make very tough products to compete with for both their competitors and their many platform partners that use Alexa. Seems that their branding strategy is to use short three- or four-letter names that have Os. The biggest thing that was missing was speaker identification to know who’s talking to it. Interestingly, Amazon just added that capability.

Google execs wore black shirts and jeans in a very ironic-seeming Steve Jobs fashion. They attacked the Amazon Dot with their Mini, and announced the Max to compete with the quality expectations of Sonos and Apple. I didn’t find much innovation in the product line or in their dress, but I’d still rank the Google Assistant as the most capable assistant I’ve used. Of course, Google got caught stealing data, so it makes sense they have more knowledge about us and can make a better assistant.

Sonos invented the Wi-Fi speaker market and has always been known for quality. They announced the Sonos One at a surprisingly aggressive $199 price point. Their unique play is to support Alexa, Assistant, and Siri, starting first with Alexa. Now this would put price pressure on Apple’s planned $349 HomePod, but my guess is that Apple will aggressively sell this into its captive, and demographically wealthy market before they allow Sonos to incorporate Siri. Like Apple, Sonos will have a nice edge in being able to sell into its existing customer base who will certainly want the added convenience and capability of voice control, with their choice of assistant.

American readers might be familiar with LINE, but the company offers a hugely popular communications app that’s been downloaded by about a billion people. They’re big in Japan and owned by Naver, an even bigger Korean company that’s also working on a smart speaker.

Most notable about LINE (besides the unique looking speaker that resembles a cone with the top cut off) is that it appears that they’re not only beating Amazon, Google, Apple, and Sonos to Japan, but they’re also getting there before the Japanese giants like Docomo, Sony, Sharp, and Softbank. And all of these companies are making smart speakers.

Then, there are the Chinese giants who are all making smart speakers, and the old-school speaker companies who are trying to get into the game. It’s going to be crowded very quickly, and I’m very excited to see quality going up and costs staying low.

Yesterday, the company announced the formation of a new division surrounding IoT, with a strategy that incl...

Learn how to keep IoT devices secure – from design to decommission

In this final class, we will cover the critical aspects of how to test and deploy our IoT solution, and how... 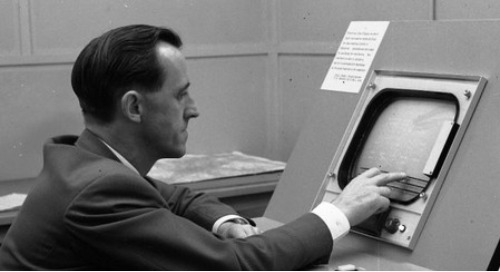