This is part one in a three part series. Catch part two next week.

I have spoken on a lot of “voice” oriented shows over the years, and it has been disappointing that there hasn’t been more discussion about the competition in the industry and what is driving the huge investments we see today. Because companies like Amazon and Google participate in and sponsor these shows, there is a tendency to avoid the more controversial aspects of the industry. I wrote this blog to share some of my thoughts on what is driving the competition, why the voice assistant space is so strategically important to companies, and some of the challenges resulting from the voice assistant battles

In September of 2017 it was widely reported that Amazon had over 5000 employees working on Alexa with more than 1000 more to be hired. To use a nice round and conservative number, let’s assume an average Alexa employee’s fully weighted cost to Amazon is $200K. With about 6,000 employees on the Alexa team today, that would mean a $1.2 billion investment. Of course, some of this is recouped by the Echo’s and Dot’s bringing in profits, but when you consider that Dots sell for $30-$50 and Echos at $80-$100, it’s hard to imagine a high enough profit to justify the investment through hardware sales. For example, if Amazon can sell 30 million Alexa devices and make an average of $30 per unit profit, that only covers 75% of the cost of the conservative $1.2 billion investment.

Other evidence supporting the huge investments being made in voice assistants is the battle in advertising. Probably the most talked about thing at 2018’s CES show was the enormous position Google took in advertising the Google Assistant. In fact, if you watch any of the most expensive advertising slots on TV (SuperBowl, NBA finals, World Cup, etc.) you will see a preponderance of advertisements with known actors and athletes saying “Hey Google,” “Alexa,” or, “Hey Siri.” (Being in the wakeword business, I particularly like the Kevin Durant “Yo Google” ad!)

And it’s not just the US giants that are investing big into assistants: Docomo, Baidu, Tencent, Alibaba, Naver, and other large international players are developing their own or working with 3rd party assistants.

So what is driving this huge investment companies are making? It’s a multitude of factors including:

In my next blog, I’ll discuss these three factors in more detail, and in a final blog on this topic I will discuss the challenges being faced by consumer OEMs and service providers that must play in the voice assistant game to not lose out to service and hardware competition from Apple, Amazon, Google, and others. 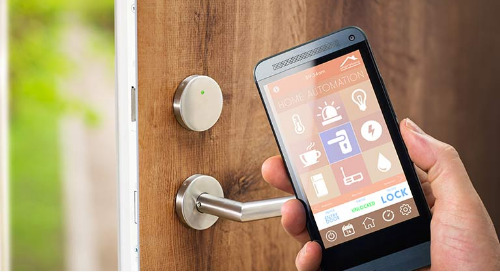 From enabled to proactive: The evolution of home automation