After setting up my father’s 386 SX–complete with a “turbo” button that let it perform at 16 MHz–many years ago, I’ve stuck with IBM/Microsoft, with the exception of a few forays into Linux. Even after some friends crossed over to Macintosh systems, noting how well they worked, I wrote these systems off as toys, not suitable for serious business or engineering work.

After all, what would I do without the various programs that I used every day? Plus, why would I support a company that locks down all their hardware and has only one mouse button... after stealing the idea for a GUI from Xerox many years ago? MacOS was obviously for people that couldn’t find their way around a real computer, and advanced functions like programming and CAD word were best left to IBM PCs.

Plus, Mac hardware is comparatively quite expensive. Or so went my thoughts on the issue. As it turns out, my opinions were at best a little outdated. At some point I began to realize that while some of my beliefs were legitimate–I paid over $2000 for a rather well-spec’d factory refurbished 13.3” MacBook Pro–some were not. What really tempted me to make the switch was:

What piqued my interest on that second point was the realization that you could log on to Raspberry Pi devices via the terminal itself, and as I’d been getting more and more familiar with Raspberry Pi (i.e. Linux), many terminal commands were already familiar. I’m certain I’m just scratching the surface here, and am looking forward to learning more. 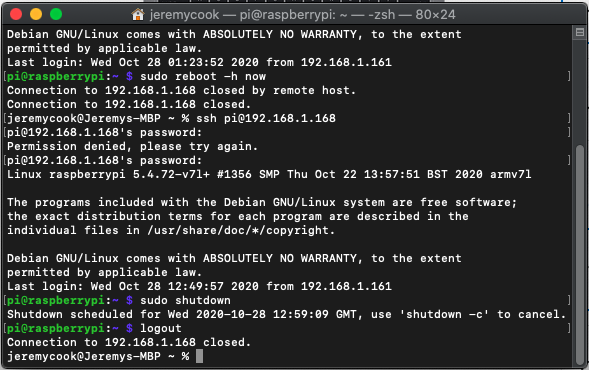 Not an extra terminal program, simply the built-in macOS Terminal

But What About Software!

While those features both seem nice, at the end of the day, there are a few programs that I need to do my job as a freelance tech journalist/engineer/video producer/maker. This actually turned out to be a near non-issue, and my list of applications that I use on macOS includes:

So after a month of using a Macintosh, I can say that there aren’t any programs that I’m lacking, and if there were I could install Windows via bootcamp… which seems like it would defeat the point of using an Apple to some extent. Incidentally, I don’t seem to be able to install Quake Live on macOS, which has meant an obvious jump in productivity.

A big part of the reason (in my opinion) that people stick with one OS or another is that they have gotten used to using one system’s shortcuts, as a sort of a bodily extension. The good news here, is that many of the same actions can be performed by pressing command + ___ instead of ctrl + ___. For instance, command (⌘) + c is copy, while command + k is paste.

Another great feature is the spotlight search, accessed by pressing command + spacebar, which works in a similar manner to pressing the Windows key on Win10, allowing you to search by typing in whatever you need. The screenshot tool is very versatile, accessible by pressing command + shift + 4, which I use all the time. Finally, I really like the dark theme setting, which is easy on the eyes.

Of course, switching OSes isn’t all unicorns and rainbows, there are a few annoyances to go along with a steep-ish initial learning curve. A few things are initially set up strangely (to me) such as the “Natural” mouse wheel scrolling direction, and the fact that extra mouse buttons don’t work very well until you install additional software (USB Overdrive). The latest iteration of my custom rotary input also doesn’t quite work as I’d hoped, but perhaps it can be revised. There are probably a bunch of other things that I’ve forgotten, but after about a month of using a Macintosh, it seems more natural than a PC. 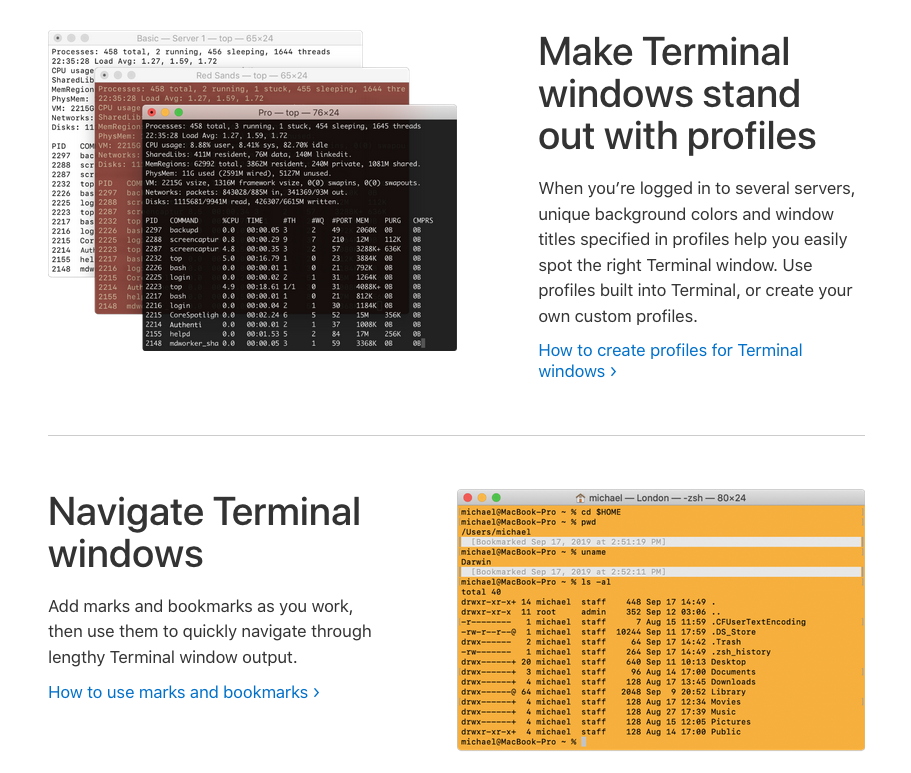 So is it worth paying extra money for a premium laptop? It really depends. In my case, I use it daily for work, and while it did cost a significant amount of money, high-end Windows-based laptops can fetch a high price as well. If there’s a lower chance of me having an interruption of work due to an unplanned computer failure, and/or if there’s an incremental increase in my productivity, then yes, probably so.

Besides, it’s actually been a fun challenge learning a new operating system. Being new at something means that my relative skill level can increase at a rate that would be impossible in a system that I’ve worked with for decades. And yes, while perhaps a silly reason to upgrade, it is pretty neat to be able to access my array of household Raspberry Pis directly from the terminal!

*No, it didn’t literally burn, but the motherboard apparently had some sort of short due to overheating

To meet market demands, designers of autonomous cars will need to rely heavily on off-the-shelf technology....

Samsung Electronics, in collaboration with design services provider, VeriSilicon, has supported the on-time...