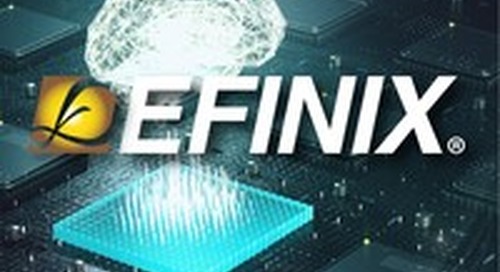 Efinix announced availability of a series of three software defined, SoCs based on the RISC-V core. The Rub...