Today’s cell site infrastructure is evolving to support emerging 5G architectures, including 5G-friendly radios requiring more power at the top of cell towers. The eSure C48/58-1000 protects against voltage drops between the power system at the tower’s base and the radio at the top. If a voltage drop is significant enough, it can trigger a shutdown of the remote radio head before the equipment provider’s backup battery fully discharges. In the past, minor voltage drops have been manageable from base to tower, but the emergence of 5G and increased power demands are creating the need to boost voltage to ensure reliable, efficient cell site operation.

“The transition from 3G to 4G and now to 5G is a complex, often expensive process for cellular providers,” said Scott Armul, VP of DC power and outside plant lines of business at Vertiv. “The eSure C48/58-1000 converter offers a fast and affordable technology upgrade that helps enable 5G delivery while seamlessly integrating with existing DC power and enclosure infrastructure.”

Along with space, the eSure C48/58-1000 conserves considerable energy while performing above 98 percent efficiency. Multiple units can operate in parallel to support radios requiring over 1kW of input power.

The eSure converter is on display in Vertiv booth #309 at ISE Expo. For more information about the eSure C48/58-1000 Power Extend Converter and other network infrastructure solutions from Vertiv, visit Vertiv.com/ISE-Expo. 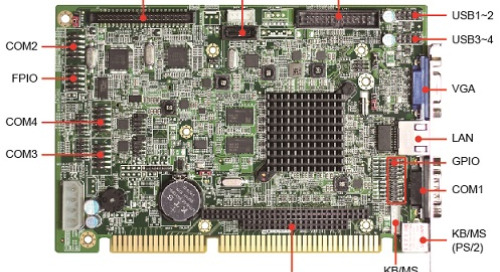