Cellular connectivity has always been an option for IoT deployments, but its use has been very limited despite the near ubiquity of cell infrastructure.

There is a good reason for that: cellular technology that was designed for always-on devices like smartphones is the opposite of ideal for IoT devices. It’s a complete battery hog, plus it runs up data charges like a teenager that doesn’t have to pay the monthly bill.

For the vast majority of IoT products, that combination of poor energy efficiency and high operating costs are a double whammy that have led engineers to build around other technologies like Bluetooth, Wi-Fi, and LoRa.

That has changed with the creation of two cellular protocols that eliminate those disadvantages, LTE-M and NB-IoT. They are energy misers to the extreme, with battery life up to ten years or more for a device in the field. And the way they send and receive data is optimized for IoT applications and therefore has low operating costs in terms of data transfer.

Simply put, cellular now has options for IoT that aren’t battery hogs or a data hogs.

Many of you have probably already read up enough on LTE-M and NB-IoT that I shouldn’t devote real estate here to a primer on those technologies. For those of you still getting up to speed on how to design with these cellular IoT protocols, my colleague Jonathan Kaye gives an excellent crash course in cellular IoT design in a white paper available here. It serves as a roadmap for key decisions that engineers should make as they work on their first cellular IoT design projects and their overall cellular IoT strategy.

Another great resource for those diving into cellular IoT for the first time is a guest article earlier this year by Embedded Computing Design guest author Dunstan Power, who wrote a great piece titled, “How Cellular IoT Is Taking Over the World.” Power’s article explains a number of the drivers behind the growth of cellular IoT and mapping out the strengths of LTE-M and NB-IoT. He also discusses the role that wireless modems and modules can play in accelerating design projects, and I would like to pick up where he left off by doing a deeper dive into the modem versus module topic.

Before comparing a modem to a module, I’d like to start by defining the three main types of cellular hardware. The first is a chipset, which is the lowest level hardware for integrating cellular into your design.

A chipset is a group of integrated circuits that handles fundamental RF functions like frequency control and authentication with the cellular network. Designing from the chipset level is expensive and typically only makes sense when product volumes exceed at least 250,000, so this article will focus primarily on modems and modules.

A module incorporates the chipset and adds other features like a processor, memory, a place to supply power, an antenna port, and module-level certifications. Some modules will also incorporate additional wireless functionality like 2G fallback and/or GPS. Modules offer a simpler way to connect to the cellular network and make sense when production volumes are above 50,000.

Lastly, a modem will incorporate the module and add a range of features like a hardware interface, on-board MCU, other wireless protocols like Bluetooth, and end-device certification. Modems provide the most simple way to add cellular connectivity to a design and are ideal for getting to market quickly.

The answer to the modem vs. module question hinges largely on a single number:

What volume of devices will your company likely manufacture once the product gets to the production phase?

This is THE critical question because cellular modems have clear advantages for products that will be produced in quantities of less than roughly 25,000 units, while the economies of scale of a module don’t come into play until a product is being produced in the tens of thousands or hundreds of thousands of units. I will discuss both scenarios below, but I should point out that the vast majority of companies that I work with fall in the <25,000 range for production of their IoT devices, and a cellular modem is going to be the ideal choice because of total cost of ownership (TCO), end device certification, time to market, low design risk, and other advantages.

Volume versus Total Cost of Ownership versus Time to Market

TCO is particularly important for engineering teams to look at because cellular modules have a lower upfront cost per unit when compared to modems. This lower upfront cost may seem tempting, but it ignores expensive wireless certification testing, additional engineering development time, and slower time to market. That makes pre-designed modules misleadingly appear more cost-effective when in fact the TCO could be far higher until you get to production runs of tens of thousands or more.

Modules have higher costs for additional hardware, engineering costs, testing, and certification costs that make them far more expensive than cellular modems until you get to the economies of scale of massive production runs. But this benefit will be quickly offset by wireless certification fees, additional engineering development requirements, and months of lost time to market.

Time to market may be the biggest topic that comes up in my discussions with engineering teams because of the aggressive schedules they are working under. Many of the cellular IoT projects in their pipeline right now are aimed at completing a proof of concept that establishes a foothold in the market or that beats a competitor to the punch. The volumes are not high, and speed is of the essence.

Integrating a cellular modem has significant advantages for these "speed-is-of-the-essence" projects because of the minimal engineering required and the end device certification that lets your team skip time-consuming certification processes. These advantages are clear for IoT products at lower volumes, but may be moot for companies planning larger-scale production of a product where the economies of scale advantages of modules might outweigh speed to market.

Let’s spend a bit more time on certification because it’s one of the clearest differences between a cellular modem and module.

Cellular modules are not end device certified, making it the manufacturer’s responsibility to shepherd their end product through certification with industry organizations (e.g. PTCRB and GCF), telecommunications carriers (e.g. AT&T and Vodafone), and domestic and international authorities (e.g. FCC and CE).

Taking on the burden of those certifications may be manageable for an organization that is planning a massive production run of the product, for which the hard costs and opportunity costs of these certifications will be a small consideration given the overall numbers involved.

But for organizations planning smaller production numbers and for whom speed is critical, end device certification can have an enormous impact on the cost of getting a product to market and how quickly you can get it there. This is particularly true given how often certifications prompt the need for re-designs, which adds additional cost and time to a development project. At the scale of 100,000 units, that may be negligible. But for a company working at a smaller scale and faster timeline, the cost and time of certifications can be a death blow for a product launch.

Weighing the Costs and Benefits

Those are key decision criteria for the modem versus module debate that hinge on the volume of units that will be manufactured. As a general rule, IoT products that will be manufactured in high volumes will be able to benefit from the lower unit cost of a module. And as a general rule, products that ship in smaller volumes and where speed is of the essence will benefit from using a cellular modem as a centerpiece of the design.

However, there are a few other key decision criteria I would suggest to an engineering team that is about to tackle cellular IoT:

I hope this serves as a helpful guide not only about the modem versus module decision but also for selecting the specific solution once you start looking at specific embedded solutions. Cellular IoT is complex, but not as complex as trying to get a teenager to not use 99 percent of your data plan. You’re on your own for that challenge unfortunately.

Matt Stergiou is the Senior Product Manager for IoT at Laird Connectivity Solutions, which provides a full range of embedded wireless modules and other solutions that simplify the process of using wireless technology. In this role at the company, Stergiou oversees development of a range of IoT solutions that support wireless deployments in a range of vertical industries. Prior to Laird, he worked on cellular IoT at Bell in Canada. He earned his degrees at the University of Toronto. 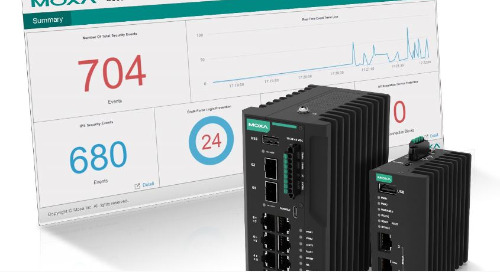 he solution includes critical IT cybersecurity technologies such as an Intrusion Prevention System (IPS), ... 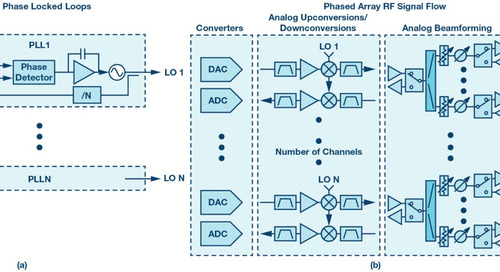 A challenge for system designers is tracking noise contributions of the distributed system, understanding c...