In 1950, automotive electronics accounted for roughly 1 percent of total car cost. Today, those percentages are somewhere between 30 and 35 percent. Projecting out to 2030, roughly half the cost of a vehicle will be driven by its electronic systems (Figure 1). 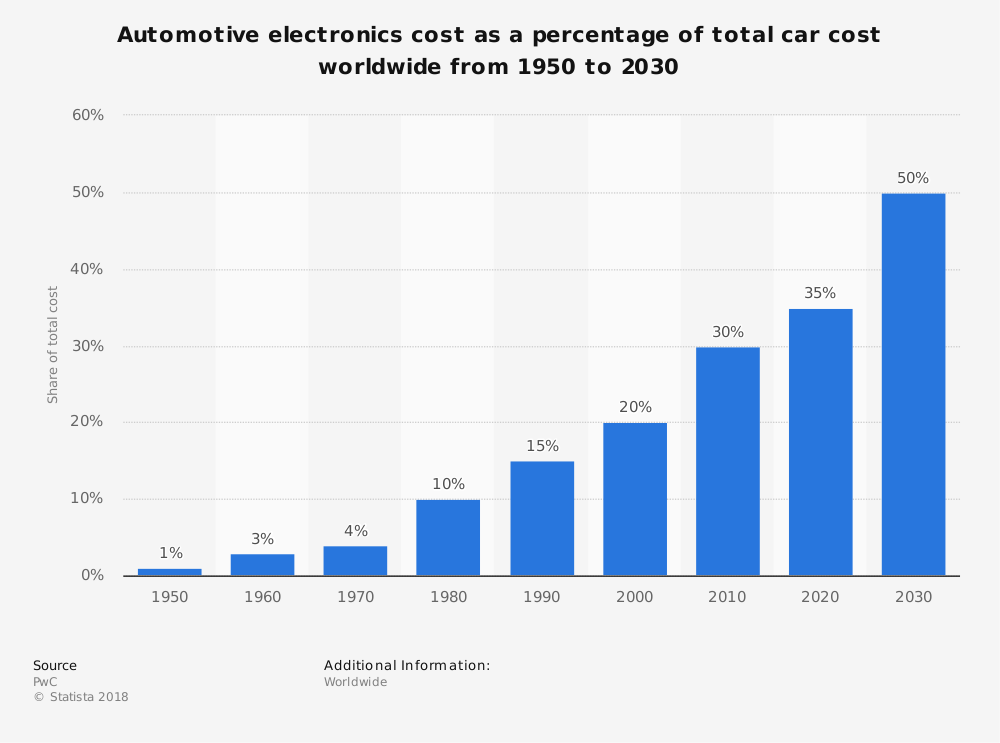 [Figure 1 | According to research by Statista, automotive electronics are expected to account for roughly 50 percent of a car’s cost by 2030.]

Besides an increase in the amount of electronics in a given vehicle, automotive electronics are also becoming more sophisticated to keep pace with advanced safety features, immersive in-car infotainment, and even autonomous drive. Automotive control systems haven’t missed out on the advantages of more advanced electronics either, as simple 8- or 16-bit control MCUs are now being replaced by multicore platforms.

The performance and capabilities of multicore automotive control MCUs enable automakers and Tier 1s to add new features and differentiation. However, these devices also require that automotive software developers move from fairly straightforward control programming in C to more advanced parallel programming techniques. The time, skill, and cost associated with this development is not insignificant, especially when developing multi-rate control systems (or systems with multiple control periods) such as and engine’s intake/exhaust system, for example.

To reduce the complexity associated with programming such systems, Renesas Electronics released an updated version of its automotive multicore model-based development environment, the Embedded Target for RH850 Multicore.

Renesas’ Embedded Target for RH850 multicore is a model-based development environment that generates parallel code for RH850 devices through the implementation phase of a Simulink model. However, previous versions of the development environment automatically allocated software to multiple cores, the device drivers, RTOSs, and other software components had to be implemented manually in complex multi-rate systems.

The update to Renesas’ Embedded Target for RH850 Multicore is specifically targeted at improving development of the aforementioned multi-rate automotive control systems, which are now commonly found in engine and body control applications. Multi-rate control models are now available in the environment that directly generate multicore software code, which also allows engineers to run processor-in-the-loop simulation (PILS) to evaluate execution performance in early stages of the software development lifecycle (Figure 2). 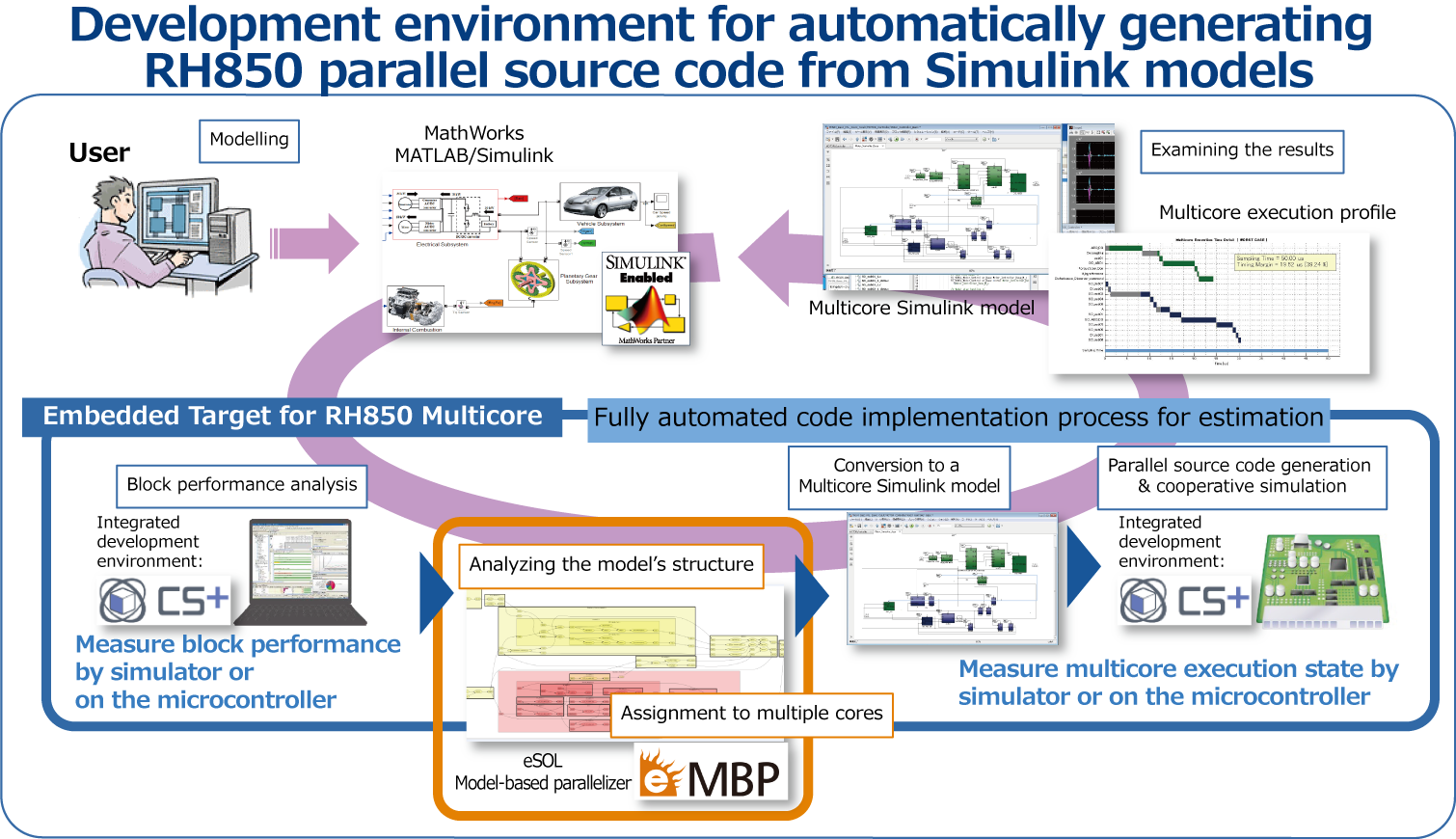 The cascading benefits of the update are that verification results can then be routed back into the model itself for more optimized system designs. With more easily verifiable multi-rate control systems, verification of ECUs that integrate multiple control systems is also simplified.

With the increasing amount and complexity of electronics comes a need for more sophisticated development tools. This extends beyond the automotive sector as well. 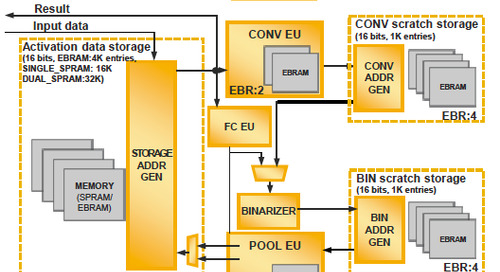 Developers are investigating AI in embedded applications for automotive, industrial, and consumer markets. ...