Internet of Things (IoT) developers have a choice of approaches for creating connectivity to IoT clouds, each with different advantages and trade-offs. How can you tell which option is the best one?

The fastest and easiest way to connect an IoT product to an IoT cloud is using a full-featured production IoT software agent, like the ones offered by leading IoT platform providers. Integrated onto wireless IoT module hardware, production agents represent the ‘black box’ approach. At the other end of the spectrum, the most stripped-down approach for IoT cloud connectivity is to use a basic software developer kit (SDK), offered by Amazon Web Services (AWS), Microsoft Azure, and others. This would be the ‘white box’ approach.

More recently, IoT solution developers now have a new alternative that can be considered a ‘gray box’ approach: a portable IoT software agent. The portable agent is like a beefed-up SDK, with modular options that provide various IoT connectivity capabilities.

Here is a run-down on the black box, white box, and new gray box approaches.

Production-level IoT software agents are pre-integrated with a specific model of wireless IoT module hardware. The IoT module, sometimes called a radio chip, provides the basic communications circuitry to enable a connected product to send and receive data using a wireless protocol such as Wi-Fi, cellular or Bluetooth.

Production agents offer broad feature sets for handling the diverse details of IoT product connectivity to a particular IoT cloud, such as message handling, scheduling, over-the-air (OTA) updates, user registration and troubleshooting. But they represent a black box approach because all these built-in capabilities are essentially out of sight and untouchable.

Pros of the black box approach:

Cons of the black box approach:

SDKs represent a white box approach because they are open to tweaking and customization by developers. In fact, they require IoT product manufacturers to assume most of the responsibility for their IoT cloud connectivity.

Pros of the white box approach:

Cons of the white box approach:

The portable IoT software agent is a new alternative for connecting a device to an IoT cloud. A portable agent enables connectivity to a particular IoT cloud from any cellular or Wi-Fi module. It manages the connectivity, reliability and security of connectivity to the IoT cloud in addition to providing the low-level connectivity provided by an SDK.

The application layer includes a set of interface APIs provided by the IoT cloud provider for integrating host applications with the portable agent. The adaptation layer interfaces with the underlying IoT cloud platform, encapsulating low-level interfaces and platform-dependent code and translating it into IoT cloud APIs that are specified by the IoT platform provider. These adaptation-layer APIs integrate with the portable agent along with a library of platform-dependent utilities.

Portable agents represent a gray box approach because their capabilities lie between those of SDKs and portable agents.

Pros of the gray box approach:

Cons of the gray box approach:

The Ideal Choice? It Depends

Which IoT cloud connectivity approach is the ideal one? It depends on your design goals, your level of experience with IoT products, how quickly you need to get to market, your budget, your BOM targets, and how many units you plan to ship for the IoT product you are building.

If you lack strong in-house IoT product expertise, production agents let you get to market quickly and with less risk. If you have a large stable of deep IoT expertise, SDKs provide the ultimate in flexibility and can help you save BOM costs.

If you have reached a point of some confidence in your IoT product development capabilities, or if you want to retrofit existing products with a different wireless module, or if you’re in the wireless module business, portable agents offer an attractive new alternative. You get most of the flexibility of SDKs along with some of the development guardrails of production agents. You can skip the time, expense, and hassle of waiting for the best wireless module for your design to be certified for your IoT cloud platform of choice. 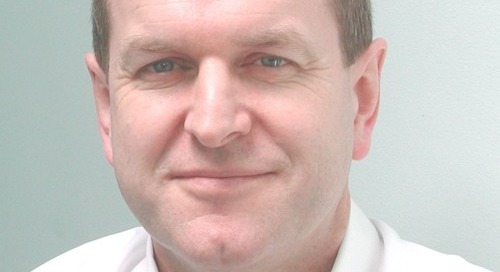 Are you up to speed on digital twins? If you’re not, you probably should be, especially if you plan to play...