Where There’s a Capacitor There’s an Inductor

When selecting the optimum part for a given application, it is fair to say that capacitors receive more attention than other passive component types. However, where there is a capacitor there is often an inductor as electrical systems often need to exploit the electrostatic properties of capacitors along with the electromagnetic properties of inductors in order to function correctly.

Recent advancements in ferrite-core and metal-composite inductors now give designers more choice and more power to optimize the performance, reliability, and cost of their circuits.

In its most basic form, an inductor can be as simple as a coil of wire. The inductance can be multiplied by forming the wire around a magnetic core. The material properties of the core have a major influence on inductance and the shape can also be engineered to optimize the inductor’s characteristics.

When a voltage is applied across an inductor, the current rises at a rate dependent on the voltage and inductance value. A potential of 1V across a 1-Henry (1H) inductor causes the current to increase at 1A per second. The formula: V=L*di/dt applies.

Inductors have important properties that engineers can exploit to manage energy and manipulate signals. Key properties of inductors include:

Leveraging these properties, inductors are commonly used in analog filtering circuits and for managing the flow of energy in switched-mode power conversion applications.

As circuit designers seek to cram more functions into smaller and smaller spaces or to increase power density, there is a demand for inductors to provide high inductance values within smaller component dimensions. At the same time, in order to avoid power loss and reduced efficiency, unwanted parasitic effects such as DC resistance (DCR) must be minimized, and parameters should remain relatively stable over temperature variances and across the operating-current range. Improvements in core-material properties have enabled inductor manufacturers to satisfy these demands.

As with any engineering challenge, optimizing the core material properties involves compromises, improving performance in some areas while accepting trade-offs in others. Traditional ferrite cores continue to offer attractive benefits, despite the development of new core-material technologies such as sintered metal powder cores. Ferrite-core inductors also continue to develop and improve as manufacturers find new ways to optimize the device characteristics and control the parameters more tightly through finer manufacturing tolerances.

Currently, two main conventional ferrite material formulas are in common use: nickel-zinc (Ni-Zn), and manganese-zinc (Mn-Zn). Ni-Zn ferrite tends to have the more favorable core resistance, while other component parameters including the saturation characteristic, thermal properties, and inductance in relation to size are less advantageous. On the other hand, Mn-Zn cores allow high inductance per volume and high efficiency while the saturation characteristic, thermal properties, and core resistance are less strong.

To significantly reduce the DCR and core losses associated with Mn-Zn ferrite inductors, KEMET has created a new class of inductors known as assembled-ferrite. They comprise a two-part core and a flat-wire, direct-terminal conductor, as shown in figure 1. These devices combine the high inductance and efficiency advantages of Mn-Zn inductors with low DCR and low core loss.

This construction has enabled the emergence of vertically-oriented inductors, such as the TPI series that are as narrow as 6.0mm. This is 2.0mm less than comparable conventional inductors, delivering significant space savings in high-power applications such as DC optimization in CPU point-of-load (POL) converters that require multiple inductors in the area between the POLs and CPU pins. Positioning the inductors close to the pins is desirable to minimize DC line losses, although space becomes extremely limited close to the device. Four of the narrow TPI inductors can take the place of three conventional inductors within the same PCB area. On the other hand, new metal-composite core materials have been developed, which deliver saturation and thermal properties that are better than ferrite devices. Metal-composite inductors feature a magnetic core composed of powdered iron particles that are mixed with a binder and pressed to form the core shape.

In addition, high permeability of the core material enables the inductors to have reduced DCR and, therefore, lower self-heating when operating at high currents. This enables both increased system efficiency and a reduction in reliance on thermal management components such as heatsinks (table 1).

When comparing the inductance and saturation characteristics of Mn-Zn ferrite and metal-composite inductors, Mn-Zn ferrite displays a higher nominal inductance value. This is generally stable with current and the inductance falls sharply as soon as the saturation current is reached. The saturation current is also significantly reduced at a higher temperature. The metal-composite inductor, although displaying lower nominal inductance in relation to component size, has much more gradual saturation characteristics and exhibits much greater temperature stability (figure 2). KEMET recently introduced a new family of METCOM inductors that contains over 100 devices from 0.10µH to 47.00µH with DCR values as low as 1.5mΩ. The inductors can operate from -55°C to +155°C and have footprints as small as 5.3mm x 5.00mm x 2.0mm, making them suitable for densely packed power applications and enabling deployment in challenging environments from deep sub-zero to high industrial or automotive under-the-hood temperatures.

Whereas in the typical, established inductor construction the coil is wound around the magnetic core, the METCOM core is formed around the coil (figure 3). This creates a non-conductive outer layer that acts as a shield to contain the magnetic flux within the inductor body. As a result, operating efficiency is increased. EMI performance is also improved thereby minimizing interference with surrounding circuitry. Superior stability across a wide operating temperature range enables METCOM inductors to deliver excellent performance in automotive applications where components are subject to high temperatures, such as under-the-hood or in-cabin locations that are exposed to direct sunlight.

On the other hand, where high inductance is needed and space constraints are extremely tight, ferrite inductors such as the TPI series can deliver a space-saving solution that meets important electrical performance requirements.

The arrival of direct-terminal assembled-ferrite inductors, and the development of metal-composite inductors that benefit from superior saturation and thermal characteristics with the added advantage of inherent EMI shielding, have blurred the conventional divides between inductor-core technologies. Designers now have more choices than ever to address power-conversion challenges ranging from efficiency-focused and size-constrained computing and data-center applications to size-constrained and temperature-sensitive applications in the automotive space. 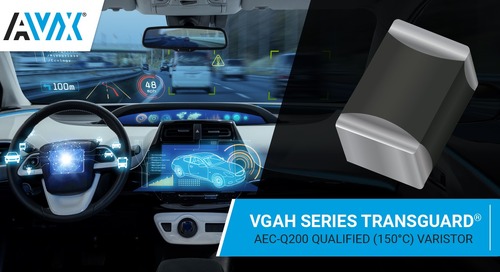 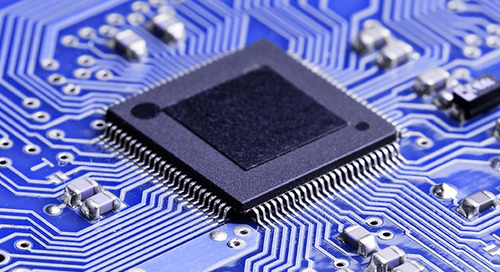 The global microcontroller market is driven by the healthcare sector, which utilizes the product in heart r...