How to Retrofit Industry with Wireless IoT Connectivity

Harris Corporation needed to add short-range wireless communications to a series of popular mobile tactical radios to improve functionality and remove unnecessary cables. However, the systems could not support any additional size, weight, compute performance, memory, or cost, so an innovative retrofit was required.

The company turned to Clarinox, a leading provider of wireless communications technologies, for assistance. The following describes how Clarinox helped Harris transition its tactical radios to modern, standards-based wireless technologies within their existing functional requirements. It also explains how the Harris project mirrors range of requirements in other industrial, medical, first responder, and public infrastructure applications, as well as ways Hannover Messe attendees can begin the wireless transformation of existing products.

Companies must upgrade their existing equipment with short-range wireless communications like Wi-Fi and Bluetooth to capitalize on these benefits. However, consumer networking technologies introduce several challenges for OEMs and system integrators in these markets, such as wireless interference, increased processing and memory requirements, added power consumption, and cost.

More importantly, high-value assets that need this connectivity are typically long-lifecycle, fit-for-purpose designs that cannot simply be replaced or redesigned.

This was the situation Harris Corporation encountered during a 2014 refresh of its Falcon III RF-7850S Wideband Secure Personal Radios.

While Harris’ Falcon series of tactical radios is designed for wireless personal area network (WPAN) connectivity at the edge of tactical defense networks, the devices benefit from Wi-Fi and Bluetooth connectivity in many of the same ways an industrial system can:

However, the Harris Falcon series radios also have many of the same engineering requirements as heavy machinery or industrial sensor nodes. For instance:

Unfortunately, enabling capabilities of Wi-Fi and Bluetooth connectivity within the form factor and functional thresholds of their Falcon radio design proved problematic. In fact, Harris’ wireless solutions partner on previous iterations of Falcon radios turned down the project, as did several of that company’s competitors over the course of two years.

Many of them did, however, recommend that Harris partner with Clarinox Technologies.

The Digital Transformation of a Mobile Radio

Clarinox brought this expertise to bear on the Falcon III radio design project. In particular, their ClarinoxBlue Bluetooth Classic/BLE and ClarinoxWiFi IEEE 802.11a/b/g/n protocol stacks served as the basis for designing a comprehensive suite of wireless functionality into the Harris devices, including:

Beyond Clarinox’ ability to support multi-mode operation, multiple simultaneous roles, and multiple simultaneous profiles in their Bluetooth and Wi-Fi middleware, the company’s proficiency in multi-protocol wireless system designs was key to enabling the Falcon III RF-7850S. By applying this expertise, Clarinox was able to leverage the Falcon’s single, existing tri-band antenna for concurrent operation of wireless technologies.

Furthermore, the compact, optimized nature of its protocol stacks and compatibility with a wide range of embedded processor architectures and operating systems (OS) meant that Clarinox middleware could be integrated without the need for new hardware or software components. Thanks to a design architecture based on middleware and OS abstraction, Bluetooth and Wi-Fi-based features were incorporated without sacrificing functionality. 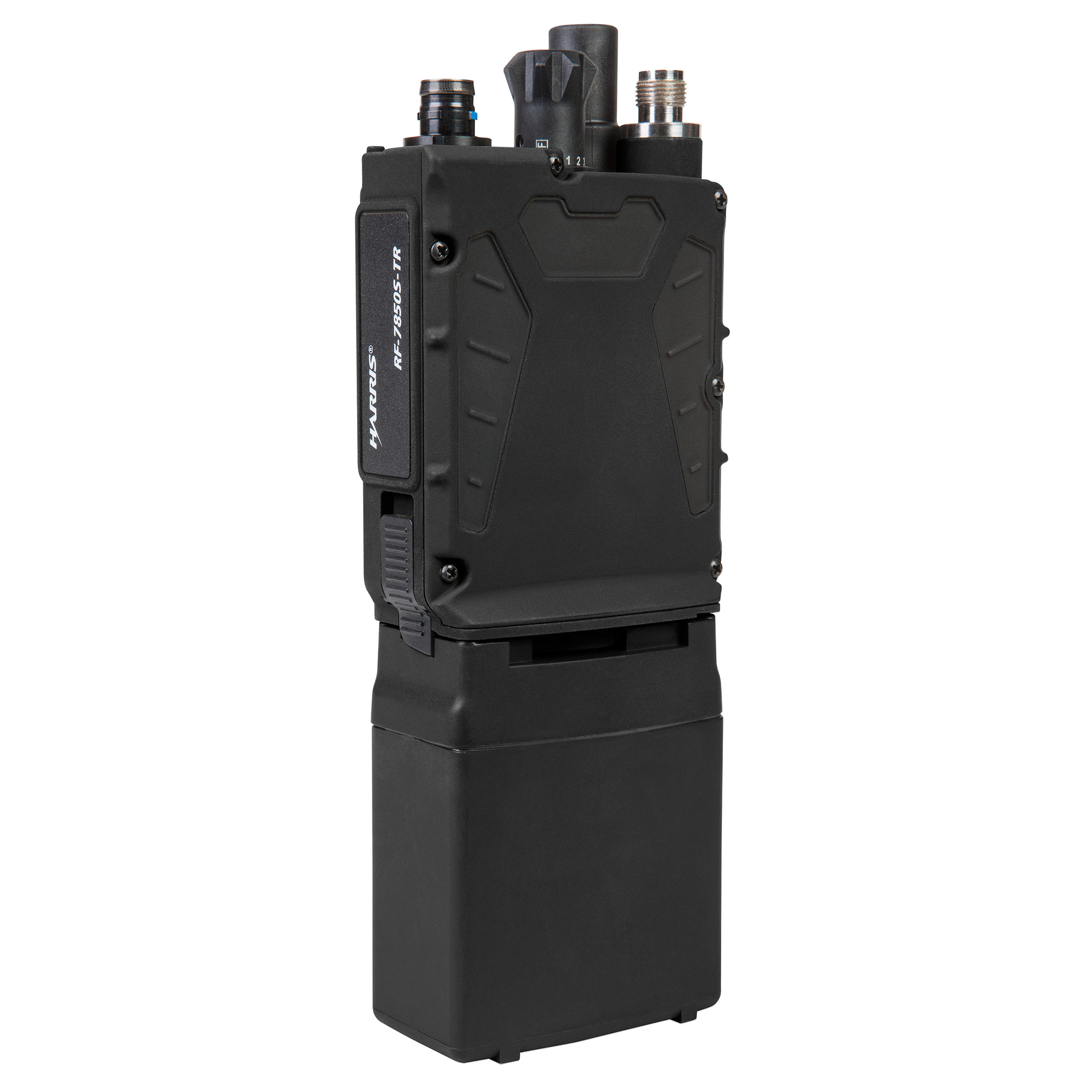 The project was completed in roughly 12 months despite International Traffic in Arms Regulations (ITAR) that had to be managed between the U.S.-based Harris Corporation and Clarinox in Australia.

A Wireless Onramp to Industrial IoT at Hannover Messe 2019

As demonstrated in the previous description of Falcon III radios, many design engineering challenges are common across industries. The desire – if not requirement –  to reduce or maintain costs, components, power consumption, and packaging while improving on existing features and functionality is almost universal.

This is especially true in industries that rely on high-value and/or long-lifecycle equipment. However, the nature of these assets requires that upgrades be made through retrofits, not redesigns.

Today, industrial OEMs and system integrators can utilize short-range wireless connectivity to their advantage in a number of ways. Whether eliminating the maintenance associated with cabling or taking advantage of agile IoT data acquisition and analytics architectures, these technologies can eliminate cost and open new sources of value.

Still, factory operators, large machinery vendors, city managers, and other potential users must be wary of the pitfalls when selecting a wireless solution. Proprietary options, for example, can lead to vendor lock-in, higher costs, and a smaller ecosystem of partners and suppliers down the road. Open-source alternatives, on the other hand, can quickly consume engineering resources in development projects that exceed time and budgetary constraints.

A safer path forward is to partner with a company like Clarinox Technologies that provides use case-specific implementations of standard wireless technologies like Bluetooth and Wi-Fi. In addition to its expertise in protocol stacks, the company also provides hardware components and debug and analysis tools, and a variety of services that enable established industries to take advantage of the efficiencies and insights of wireless digital transformation.

Those ready to start their evolution can visit Clarinox Technologies at the 2019 HANNOVER MESSE trade fair in Hall 9, Stand A29 (Co-exhibiting with R3 Communications) from April 1st to April 5th.

Or visit the company online at http://clarinox.com.