XJTAG, a developer of JTAG boundary scan test solutions, released two new features that enhance the ease-of-use of boundary scan tools, such as the XJTAG 3.10.

XJTAG 3.10 introduces an automated method for situations where design updates occur on the board being tested. The technology was developed in an effort to simply override the default settings of global variables used by XJEase Device Files.

An intelligent device-matching algorithm is used to analyze the new netlist and identify devices that have had reference designators changed. Device categorization information is copied to new projects and automatically updates all references to them.

Users are also informed when devices are removed from the circuit. The matches and suggestions show the reasons for the suggestions while guiding the user through the updating process.

A second enhancement to XJTAG 3.10 provides a simple-to-use dialog box that allows users to override the default values of the global variables used in XJEase device files. This allows variables to be set for a specific device using a method that doesn't require coding. Each device can have its own set of global variables instead of them needing to be common to all ICs that use the same device file.

The new API, name ANARI, is open for any company to participate under the consortium's multi-company govern... 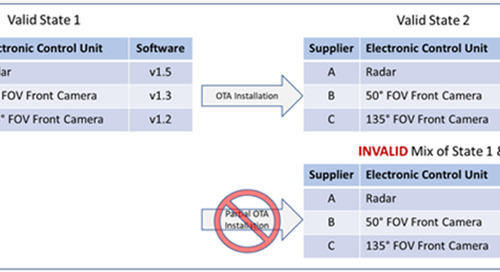 Safety domains, both active and passive, are undergoing faster development than almost any other area in th...