Why Do New Boards Still Include Serial Ports?

Many industrial single board computers still ship with serial ports. This interface, which is sometimes referred to as a COM port, has been present on boards and systems for a very long time. In fact, the first widespread appearance of this connector was in the early 1980s, but the original spec goes back way further, to the 1960s. Note that the RS-232 serial interface was the original PC standard while RS-485 and RS-422 are popular options for industrial single board computers (SBCs) as they provide longer distances, noise immunity and multi-drop capabilities. 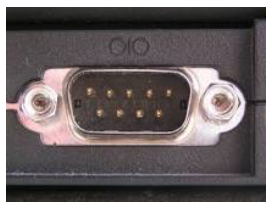 Serial ports began as 25-pin connectors that transmit incoming and outgoing information, one bit at a time, unlike a parallel port, which transfers multiple bits at the same time. From Day One of the personal computer, serial ports were used to transfer the data from computers to various external devices, such as modems and input devices like keyboards and mice. These ports are controlled by a UART (Universal Asynchronous Receiver Transmitter) chip. The UART converts the data from parallel to serial. The more popular 9-pin version came later.

The apparent alternative to a serial port is the Universal Serial Bus, aka, USB. This now ubiquitous interface was developed in the mid 1990s by a bunch of industry leaders, including Intel, Microsoft, Compaq, LSI, Apple and Hewlett-Packard. It was, and still is, managed by the USB Implementers Forum (USB-IF). USB 1.0 transferred data at a rate of 12 Mbits/s. A revised version of the standard, 1.1, added the ability to operate at a lower speed when necessary, 1.5 Mbits/s, for use with lower bandwidth devices. 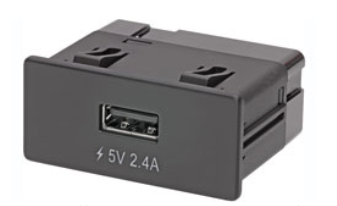 USB really came into its own around 2001 with the release of 2.0, which upped the transfer rate to 480 Mbits/s. A key feature of 2.0 is its backward compatibility to the original standard, so it was a no-brainer to include it on most platforms going forward. And the volume of ports made the supporting hardware (including the interface ICs) very economical very quickly.

Back to the traditional serial interface. If we have an alternative that’s faster and ubiquitous in the industry, why are we still including it on our boards? The first reason is that there are tons of devices out there that still use serial interfaces. For example, many of the sensors that ship today are still heavily relying on serial port connectivity. The serial interface is simple from the device side and requires only a UART and transceiver in most cases. This keeps serial sensor and data collection devices simple, low cost and reliable.

Even though people have been saying for years that the serial interface will be dropped eventually, I just don’t see that happening any time soon because of the volume of devices out there. One tangible example from one of our customers is in automated fork-lift equipment and other systems that use laser sensors for direction and proximity. Basically, they keep the fork lift from running over somebody using a sensor connected to the simple serial interface. It’s relatively fast, but it’s still simple.

Another reason that we haven’t made a complete switch from serial to USB is because it’s a dedicated interface. With USB, you have to set up all of your parameters so it recognizes that USB-based device when the system boots up. This is because it wants to be a plug-and-play device as outlined in the specification. However, that means you have to configure it for each port. With serial, you have a known fixed address and you lock the device down to that address and it doesn’t change. Hence, the operating system isn’t trying to figure out what that device is every time it boots up.

With all that said, the serial port may not be going the way of VHS any time soon. It continues to be a popular and well supported interface connecting relatively low speed devices. For example, one popular SBC that continues to make use of the serial interface is the WINSYSTEMS’ PX1-C415. In a PC104 form factor with PCIe-104 OneBank expansion, it features the latest generation Intel Atom E3900 series SoC processors. The board’s small size, rugged design, and extended operational temperature suit it for Industrial IoT applications and embedded systems in the industrial control, transportation, Mil/COTS and energy markets.

This will allow Tech Data’s and SHI’s customers to benefit from easy deployment of Sepio Prime and Sepio Ag...

ams and SmartSens Join Forces on 3D and NIR Sensors

The collaboration is designed to accelerate market delivery and broaden the diversified 3D product range fo...