Septentrio announced the launch of its AsteRx-m2 Sx OEM board. This GNSS receiver is the company’s approach to high-accuracy positioning. Its newest core GNSS technology has been integrated with a sub-decimeter correction service.

According to the company, high-accuracy positioning is available directly out of the box as GNSS corrections are automatically streamed to the receiver.

“By integrating the correction service directly into the GNSS receiver we are removing the hassle of positioning service set-up and maintenance from the user, said product manager at Septentrio Danilo Sabbatini, in a press release. “This means faster set-up times for our customers and worry-free, always-on high accuracy positioning throughout the receiver lifetime.”

Due to its size, weight, and power (SWaP), the AsteRx-m2 Sx can perform longer operations on a single batter charge. 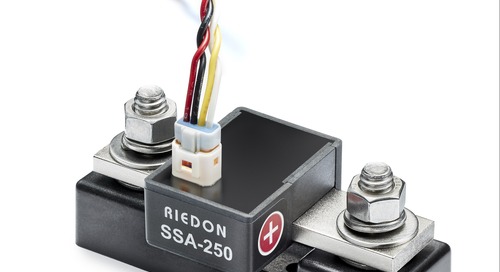 Riedon is set to redefine the current measurement landscape with the introduction of its SSA Smart Shunt se...