“As an FPGA-centric design house, we’re seeing increasing adoption of serial protocols like PCIe and Gigabit Ethernet for chip-to-chip connectivity in many end applications, including 5G and IoT systems,” said CEO of Logic Fruit Technologies Sanjeev Kumar, in the release. “The latest generation of FPGAs by Lattice, Certus-NX, supports these standards and provides a high density of I/Os while keeping power consumption and overall device footprint in check. These FPGAs will allow us to rapidly adapt to the challenging and evolving connectivity and performance needs of our customers.”

Key features of the Lattice Certus-NX FPGA family per the release:

·         Up to 3x smaller form factor – Certus-NX FPGAs easily fit into compact designs with minimal impact on overall design footprint. For example, Certus-NX FPGAs can enable a complete PCIe solution with a size of only 36 mm2. Even when using the smallest package available in the family, Certus-NX FPGAs deliver up to twice the I/O density per mm2 in comparison to similar competing FPGAs to enable greater design flexibility and robust support for bridging applications.

o   1.5 Gbps differential I/O with performance that is up to 70 percent higher than competing FPGAs.

·         Instant-on performance – The devices also offer ultra-fast device configuration from SPI memory that is up to 12x faster than similar competing FPGAs, with individual I/Os able to configure in just 3 ms, and full-device startup in only 8-14 ms depending on device capacity.

·         High reliability – Reliable performance is key for safety-critical industrial and automotive applications where devices must perform as expected to avoid damage/injury. Certus-NX FPGAs offer up to 100 times better soft-error rate (SER) performance than similar FPGAs. Certus-NX FPGAs are temperature-rated for use in industrial applications. They also support ECC and SEC in hardware. 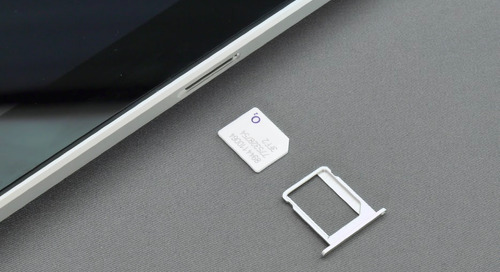 Now, the new eSIM standard allows you to completely abandon the physical card, replacing it with a virtual ...