"The Owl features soldered-down ECC (error correcting) memory to enhance resilience to shock and vibration, and guard against single-bit errors such as those that are likely to occur at higher altitudes," said president of VersaLogic Len Crane, in a press release. “It also features on-board power conditioning which accepts 8 to 30 VDC input. This accommodates fixed and mobile 12- and 24-volt systems.

As far as security goes, the TPM 2.0 security chip, which is built in, gives hardware-level security for applications that require log-in, encrypted data storage, protected files, and more. 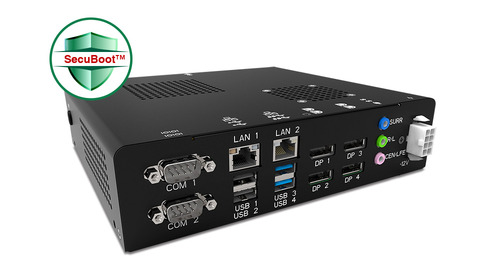 VideoStar100 is a 4K media player for the digital signage market. VideoStar100 supports up to 4 independent...