Thermoelectric coolers (TECs), or Peltier modules, have a vital role to play in dissipating heat from sensitive electronic circuitry. They rely on the Peltier effect to achieve this - where an electrical current is passed through a junction between two distinct conductive materials in order to generate a thermal gradient. This then enables heat to be transferred from one side of the module over to the other. Although their operation benefits from being based on solid-state technology with no moving parts, engineers still need to be aware of several factors that can impact their reliability. The following blog will outline the nature of these and look at what can be done to mitigate them.

The basic construction of a Peltier cooling module is shown in Figure 1. It consists of semiconductor pellets (usually made from bismuth telluride) that have been positively and negatively doped. These pellets are then placed between two ceramic plates. Both of the plates are electrically insulating, but thermally conductive. As a current is passed through the pellets, one plate becomes cooler while the other gets hotter.

On the inner surface of each ceramic plate are conductive metal patterns which the semiconductor pellets are soldered to. The way these semiconductor pellets are arranged means they are mechanically in parallel and electrically in series. It is the series electrical connections that are responsible for generating the thermal gradient, while the mechanical configuration is such that heat can be absorbed from the cold side plate and released by the hot side plate.

There are several reasons why a TEC module might suffer an operational failure. The most common failure mechanism is a fracturing of the semiconductor pellets or the connecting solder joints. Thankfully, such fractures are easy to determine by looking out for a sudden rise in the TEC module’s series resistance.

Another issue that can occur relates to the external mechanics of the thermal management system used in implementing the TEC module. TEC modules are generally sandwiched between the item that needs to be cooled and a heat sink. However, sizeable shearing or tension forces can be witnessed across the Peltier module if there is no supporting infrastructure in place. With no supporting infrastructure, these unwanted forces increase the risk of an operational failure. Figure 2: Illustration of the shear/tension forces that a TEC assembly could be subjected to

Since TEC modules have the resilience necessary to withstand the application of large compressive forces, this issue is relatively easy to solve. By applying a simple clamp to the module when it is situated between the item being cooled and the accompanying heat sink, it is possible to mitigate the effects of these tension and shearing forces.

Figure 3: The key stresses that a TEC can have placed upon it

Despite a TEC modules’ ability to handle compressive loads, any unevenness in how these clamps are applied has the potential to bring about operational failures. Therefore, it is critical that clamping forces are applied evenly across the entire TEC module, so that pressure hot spots do not cause irrevocable damage. Poorly executed clamping can also mean that the interface between the TEC and the heat sink is not fully effective. The doped semiconductor pellets and ceramic plates within the TEC module will have their own associated coefficients of thermal expansion (CTE). A mismatch in these CTEs will put a strain on the module's internal construction over the course of thermal cycling. This can result in fractures appearing in the pellets, as well as in solder joints that hold everything together. Exposure to extreme temperature levels or large temperature gradients can also impinge on the TEC’s operational longevity.

In addition to thermally and mechanically related issues, the presence of external contaminants can also pose a threat to TEC operation. To help safeguard against such contaminants, modules are sealed. The most widely used sealants are silicone rubber and epoxy. Although silicone rubber offers superior mechanical properties, it is not always effective as a vapor barrier in  extreme environmental conditions. Conversely, epoxy presents a stronger vapor barrier, but is not as mechanically compliant. Therefore, for each of these options, tradeoffs will need to be made.

To enhance TEC reliability, CUI Devices has developed the arcTEC™ structure. Here the P/N semiconductor pellets are derived from a premium quality silicon ingot. These pellets are as much as 2.7x larger than those found in competing TEC modules on the market. In addition, the way that soldering has been approached is far more advanced. Solder joints on the cold side of the module are replaced with a flexible, electrically conductive resin that is better able to deal with the associated stresses and is less prone to fracturing. For the remaining solder joints, a high temperature antimony solder is employed. Thanks to its 235°C melting point, this solder is far more resilient to mechanical stresses than standard bismuth solder, which has a melting point of 138°C. These modules also feature a superior silicone rubber vapor barrier that prevents contaminant ingress. All of these enhancements combine to allow Peltier modules with the arcTEC structure to support more thermal cycles than most standard modules. As with any electromechanical component, there are a number of different factors that could negatively influence TEC performance or shorten operational lifespan. If warning signs are noted and proper implementation is adhered to, then long term trouble-free operation can be realized. Furthermore, the advent of innovative new kinds of TEC technology, such as CUI Devices’ arcTEC structure, is further improving reliability and making Peltier modules an intriguing thermal management solution.

With an extensive knowledge of CUI Devices' products, Ryan Smoot provides customers with a wide range of technical and application support capabilities in the field. His management of CUI Devices' robust CAD model library further offers engineers with an invaluable resource for streamlining their product designs. When he's not assisting customers, Ryan enjoys running, the outdoors, and spending time with his wife and two kids. 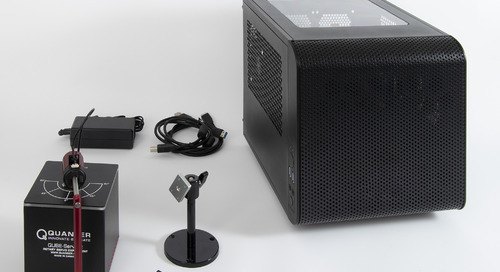 Congatec released its new workload consolidation kit for vision based situational awareness that is qualifi... 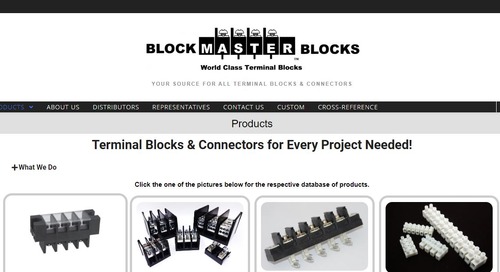