Things you Might Not Know about the IoT Security Life Cycle

Mocana recently announced a partnership with Verizon and their ThingSpace platform which, at first glance, seems to be an announcement around an increased level of security capabilities as part of Verizon’s 5G/IoT initiatives. But looking deeper into Mocana, their approach and solution sets, this is more about an effective security lifecycle than a simple “keep things secure” solution.

Mocana was founded in 2002 as an embedded security software company for military embedded systems including avionics controllers on military aircraft, tanks, ships and drones. These systems need to be tamper proof, and, while not necessarily being connected to the internet, there are significant concerns around physical access and data protection. Early on, Mocana provided cryptographic tools and software to handle authentication, encryption, and device and data integrity in a footprint that would fit in a microcontroller. Over the past 16 years this has expanded protecting over 100 million devices in industries that range from military and industrial to oil/gas, medical and transportation.

From Products to Lifecycle

Keao Caindec, vice president of marketing with Mocana, mentioned these baseline capabilities had broad appeal to embedded systems and IoT. But with billions of devices, the problems revolve around protecting connected devices and scaling the security across millions and billions of devices encompasses far more than encryption and device security. This means adhering to a complete security lifecycle. There are significant security challenges at each stage of an IoT product - design, development, manufacturing, activation, management, maintenance, and even end-of-life. Mocana began developing solutions around the security lifecycle of IoT and has never looked back.

Usually the security software to protect the IoT endpoints is integrated with the application software on those endpoints. The security software is often in the firmware of the microcontroller. Mocana offers TrustPoint™, which includes a development framework, binaries, source code, and application programming interfaces to protect an IoT device throughout the lifecycle. TrustPoint helps address security challenges during the development cycle by providing software that can be integrated into the application during development. The APIs and functionality of the software makes developers more “security aware” during development.

Mocana TrustPoint integrates with over 70 chipsets from ARM/Intel to NXP, Xilinx, ST Micro, Atmel, Infineon, and others. It also integrates with crypto accelerators and device security elements. “Integrating embedded security technologies is complex. Software developers may need to integrate a hardware secure element like a TPM and offload crypto functions to a crypto accelerator. They may also need secure multiple stages of the boot process. Unless you are an experienced cryptopgrapher, it is challenging to integrate security into devices without inadvertently creating more vulnerabilities,” Keao said.

Addressing the Security Lifecycle Past the Development

Baking the security hooks into the IoT endpoints doesn’t ensure security. Mocana also has a product called TrustCenter™ that is a platform for managing the security lifecycle. There are a number of steps involved and each one must be addressed in order to minimize vulnerabilities.

Time for a quiz – Keao pointed out six post-installation stages of an IoT lifecycle that are often overlooked. If you want to play along, don’t look down, get a pen or pencil, and write down post installation IoT lifecycle stages that involve security, then read on – how many did you get?

How many did you get? Did you identify any stages that aren’t above? Let me know – I’m interested in scenarios you feel are security vulnerabilities not mentioned here.

Mocana TrustCenter deals with security deficiencies in the IoT life cycle. TrustPoint deals with removing complexity involved with integrating security on IoT devices. Having gone through these in more detail, it becomes apparent how significant this announcement really is.

Keao summed it up best when he addressed attempts to apply enterprise data center security solutions to an IoT system. “The biggest problem is an over-reliance on network and IT security approaches to protect IoT systems. The IoT environment lives outside the walls of a datacenter or enterprise firewall perimeter. Enterprise security doesn’t solve IoT security challenges. IoT security has to be addressed from the hardware up. The industry needs to standardize on ways to address the many new attack vectors of IoT we didn’t see when these IT security standards were written over a decade ago.”

Industry 4.0 is characterized by applying cloud and cognitive computing to current automated and computeriz... 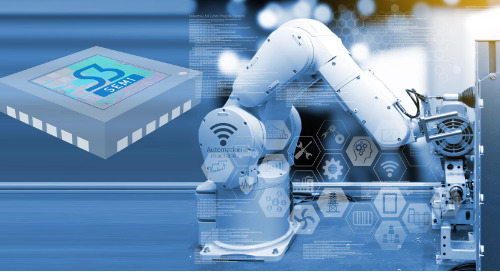 A facelift for industrial computing

We should no longer regard industrial computing as the safe and solid poor relation of the fast-moving worl...