Meeting customer demands for OS-less design in a telemetry module

Firstly, it wanted to migrate from its existing PCI interface to an operating system-less system where everything is network-based. Bryan Graber, CEO at Lumistar, says, “Our customers want OS-less design and to move away from a Windows PCI/PCIe based configuration, because they’re tired of having to update Windows frequently due to security issues.”

The second requirement was to increase the system’s bandwidth, to meet ever-growing demands from customers. This could be achieved by moving from PCI to Ethernet data distribution, so long as the chosen solution could support the required data rates.

Finally, it needed to make the product as physically small as possible.

“There’s a general trend to higher speeds in aviation telemetry,” says Graber. “In the 1960s, engineers would be happy with 350 kbits/sec, but now they want 30 or 35 Mbits/sec per channel, with more spectrally-efficient modulation methods. Also, where our customers previously would have just taken data and clock signals, they increasingly now want their data packaged up so they can stream and share it over networks.”

Having selected Ethernet as the right approach, Lumistar had to decide how to design the networking interface. Its engineers had no experience with networking, or with the TCP/IP or UDP protocols, which meant the company rejected the option of undertaking all the design, interfacing and coding itself. Instead, it decided to look for an interface sub-system that would be simple to program, thus reducing the development time required.

“We looked at multiple products from different vendors, but most of them were too big – we needed a small device that would match the small size of our system,” says Shaheen Samad, Chief DSP Engineer at Lumistar. “We chose the ZestETM1 from Orange Tree because it could do Gigabit Ethernet, it could do TCP and UDP, and it is very small – postage stamp size,”

The Ethernet module acts as a bridge between a standard network port and familiar parallel and serial interfaces, offloading all networking tasks and enabling external communication without the need for specialist networking knowledge. The module is based around a proprietary TCP/IP Offload Engine (TOE), which means the user doesn't require any knowledge of Ethernet protocols.

“Instead of having to deal with TCP, we just worked with the RAM interface and register maps, which is something we’re familiar with,” says Samad.

“By writing all our code in modules we can change the functionality of our product by changing the software – while keeping the Ethernet module as the network function,” says Graber. “For example, we were able to adapt our modem for a customer that wanted to stream a digitized IF signal over Ethernet.”

Lumistar’s previous generation of streaming products could transfer data at a total of 30 Mbits/sec, made up of 15 Mbits/sec on each of two channels. Moving to Ethernet has enabled it to increase bandwidth to 50 Mbits/sec per channel.

“The faster speed is important now, and for the future – there’s ever-increasing demand for higher and higher data rates,” says Mark McWhorter, VP of Sales & Marketing at Lumistar.

In the LS-28-DRSM, the Ethernet module is connected to a Texas Instruments DSP to handle captured data and route it to an external PC or network. Lumistar uses all 16 of the module’s channels, for multiple functions including live streaming of data; spectral, constellation, and eye diagram displays; downloading of previously-recorded data; and setup/control tasks.

“By moving our product off the PCI bus, fewer upgrades are needed and it’s much simpler for customers,” concludes Samad. “Our customers are really impressed that we were able to create an ‘OS less’ design that could still support Gigabit Ethernet.” 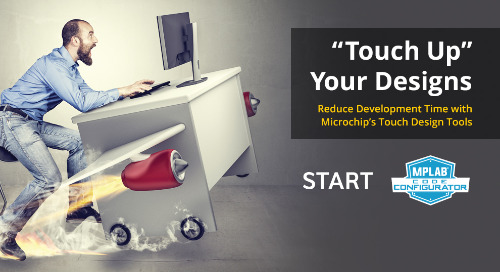 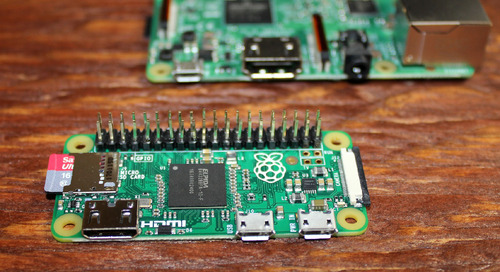 For the Professional Maker: Extra hardware needed to get started with the Raspberry Pi Zero

First off, the Pi Zero doesn’t use a standard HDMI connector, or even RCA-style outputs, but needs a mini-H...