The zigbee alliance recently introduced dotdot, a universal language for the Internet of Things (IoT) that works on the application layer to enable communication across different networking technologies. It can be seen as an extension of the zigbee Cluster Library (ZCL) specification used to issue commands across zigbee 3.0’s interoperable application layer. In addition to the application layer remaining slim, however, dotdot has also been made compatible with other networks for communication across different mediums, with Thread being the first non-zigbee-qualified network topology for dotdot.

Even though zigbee is best known as an open wireless communications protocol for home IoT products, dotdot is intended for use with any wireless technology. It defines how devices communicate with each other about what they can do, which is important for making different objects around a home do things together. For example, if a bulb is installed in the backyard and one wants it to turn on whenever the back door is opened, the connected lock or sensor in the door will need to know that the bulb is out there and able to receive commands.

Prima Saraiya is a Sr. Marketing Executive at Volansys Technologies. 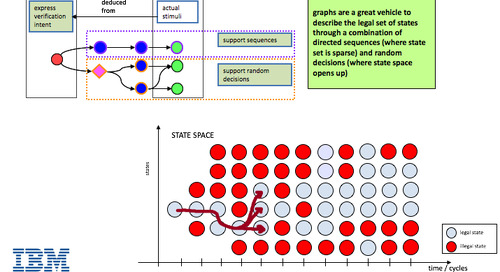 It's time for an embedded systems design verification revolution

There have been very few successful revolutions in the electronic design automation (EDA) market segment. T...

Will Exhibit in Verific's DAC Booth, Setting the Stage for Launch of High-Speed, Accurate Power Analysis an...