Home » Embedded Computing Design » UWB is back ... this time for IoT location-based services
× Share this Article

The last I remember of ultra-wideband (UWB) technology was a few years back when Tzero Technologies followed fellow UWB champions WiQuest and Focus Enhancements into the netherworld. At that time, the once-heralded wireless personal area network (WPAN) technology regarded as a high-throughput Bluetooth replacement for consumer peripherals and solution for wirelessly moving HD video between TVs and set-top boxes had been caught in the middle of a standardization scuffle involving Freescale, Intel, Texas Instruments, and others, which eventually led to the dissolution of the IEEE 802.15.3a UWB task group. Meanwhile, subpar performance metrics were leaving significant discrepancies between UWB’s theoretical and real-world data transfer speeds, and still-fledgling volumes were yielding inflated unit prices that limited the technology’s adoption in the low-margin retail electronics space. Within a few months the vendor ecosystem went from “consolidating” to vacant, and I wrote UWB off with the likes of Windows Vista and America Online.

So imagine my surprise when UWB popped up as an Internet of Things (IoT) solution.

As I previously mentioned, the UWB of old was based on the IEEE 802.15.3a standard. Today UWB is back, but this time under the IEEE 802.15.4a banner, which adds a new PHY layer using Direct Sequence UWB that occupies three designated frequency ranges: 3-5 GHz, 6-10 GHz, and sub-1 GHz. While the 802.15.4a rendition doesn’t yet have the same peripheral interconnect or video transmission aspirations of its predecessor, it does provide an intriguing play for IoT location-based services (LBS) such as asset tracking and fleet/inventory management. And, though entering these applications markets once again pit UWB against Bluetooth – as well as Wi-Fi and ZigBee – UWB has incorporated new improvements on top of its original advantages to make for an attractive option.

First, although UWB data rates are still nowhere near the next-generation theoretical transmission speeds that excited the electronics community several years ago (480 Megabits per second (Mbps)), the technology can currently provide throughputs of around 6.8 Mbps, which is comparable to other solutions in its class. However, the major benefit to persist over the life of UWB technology is highly accurate impulse response.

Unlike the other connectivity solutions in its class that were developed solely for communications, UWB was originally designed for radar systems, and therefore operates by generating very short, narrow pulses. As a result, the time of flight of RF signals through the air can be measured with extreme precision. This provides obvious benefits for LBS applications as repeated short pulses enable precision geolocation down to the tens of centimeters (particularly indoors), whereas competing technologies are often limited to proximities of 5-10 m or more. This level of accuracy also positions UWB as a secure alternative for wireless car key fobs or NFC-enabled credit cards and mobile devices that are subject to relay attacks, as systems could be equipped to verify the source and destination of a signal by measuring the distance between two RF nodes. In addition, because data communication is conducted through very short bursts, power consumption can be measured in energy per bit, which is 5-7x lower than that of ZigBee.

The second advantage of UWB technology relates to interference, or lack thereof. In a UWB system, each pulse generated consumes the entirety of the UWB band, keeping multipath interference to a minimum. Equally as important is the fact that more than a decade ago the FCC authorized the use of UWB in the 3.1-10.6 GHz range. Since then the 5 GHz range has been allocated for forms of Wi-Fi, but the remaining amount of UWB spectrum means that on the one hand there won’t be a shortage any time soon, and on the other that UWB devices do not have to compete in the crowded 2.4 GHz band. This is especially significant for indoor LBS, where the cacophony of Bluetooth, ZigBee, Wi-Fi, phones, and even microwave ovens in the 2.4 GHz range can negatively impact performance.

While UWB technology suffered from low-volume price points when it was initially brought to market, it also struggled to compete in the marketplace because few solutions were available using traditional CMOS technology. Since then, however, companies such as DecaWave (www.decawave.com) have integrated the technology onto standard 90 nm CMOS die from Taiwan Semiconductor Manufacturing Company (TSMC), reducing prices from a peak of around $15 per chip to about $2.70 currently in high volumes, according to the company’s website (Figure 1). With volumes ramping up, DecaWave executives expect that UWB pricing will be on par with Bluetooth soon.

IoT blast(s) from the past

Because of the broad picture the IoT paints, it allows technologies to be reintroduced, repurposed, and even resurrected. That said and in light of this research on UWB, maybe I’ll think twice next time before I write a technology off as extinct. Anyone heard of any new IoT developments from AOL?

Selecting the right embedded storage has gotten a lot more complicated. Gone are the days of simply using t... 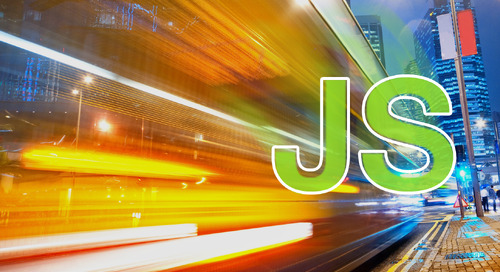 Programmers creating software for embedded systems are not strangers to scripting. They choose scripts beca...