In the late ’80s and early ’90s, Ron Peri was CEO of Computer Support of North America, whose mission was to help large corporations rip out their mainframe computers and replace them with them with Intel-based servers. Major publications at the time cited Mr. Peri as being on the forefront of a movement away from high-priced mainframes. “I was a server bigot,” he says, looking back.

Fast forward to 2015 and Mr. Peri, who now heads Radixx International, an airline reservations systems provider, has surprised even himself by championing an ironic switch in his company’s cloud-based data center: from x86 servers to Linux on the z Systems mainframe.

What is the explanation for this shift? According to Mr. Peri, the operational costs, software acquisition and licensing dollars, space requirements and complexity of a sprawling server farm are simply too much. With Linux and the mainframe, by contrast, Radixx can enjoy better performance, security, and a cost savings that Mr. Peri estimates at 35 percent over three years.

Mr. Peri’s conversion illustrates the dramatic changes that the Linux revolution continues to spur 24 years after a Swedish college student named Linus Torvalds created the operating system in his dorm room and posted it online for free.

Though originally developed for Intel-based PCs, Linux has since been ported to more computer platforms than any other operating system and is now the most widely used software in the world. According to the Linux Foundation, Linux powers 98 percent of the world’s supercomputers, most of the servers powering the Internet, the majority of financial trades worldwide and tens of millions of Android mobile phones and consumer devices.

Examples abound of how Linux is more relevant today than ever as today’s mega-trends of big data, cloud and mobile technologies force companies and other organizations to reimagine their IT systems or even their entire business.

The German web company teuto.net has been around for more than 20 years but has diversified in recent years to become a cost-effective cloud services platform.

A cornerstone of Linux’s success is its huge user community. Since 2005, some 11,800 individual developers from nearly 1,200 different companies have contributed to the kernel, the Linux Foundation says. Linux is the largest collaborative development project in history and it is being developed faster than any other software in the world.

And now Linux is accelerating tech innovation via open collaboration at all levels – from the chip and on up through the entire hardware and software stacks.

The Linux model inspired IBM, NVIDIA, Mellanox, Google, and Tyan to create the OpenPOWER initiative in December 2013. OpenPOWER does for hardware what Linux has done for software: makes it free and open source. In fact, it’s the world’s first and only open server architecture, making POWER hardware and software is freely available for development of customized, open servers and components for Linux-based cloud data centers.

Now a diverse community of more than 130 members and growing in 22 countries across six continents, OpenPOWER is proving that Linux’s strong, open ecosystem principle can enable the delivery of the most efficient data center hardware for cloud, big data and analytics, mobile, and social business.

Another example of how open hardware is the next big game-changer is the Open Compute Project, a four-year-old initiative founded by Facebook that takes a community-based approach to designing efficient server, storage, and data center hardware.

On May 17, 2000, Linux became a fully supported option on the mainframe for the first time. Today, 80 of the top 100 z Systems customers run Linux.

As amazingly far as the Linux revolution has come, its halo effect on hardware and other areas beyond software development show that it’s not slowing down anytime soon.

Douglas (Doug) Balog is the general manager for IBM Power Systems. In that capacity, he is responsible for all facets of the Power Systems’ business including strategy, architecture, operations, technology development, and overall financial performance. Mr. Balog is also a member of IBM’s Performance and Strategy Teams, which focus respectively on tactical execution and the strategic direction for the IBM Corporation.

Hardware security in the IoT

According to a McKinsey study, security and privacy are seen as the critical challenges to IoT growth in th... 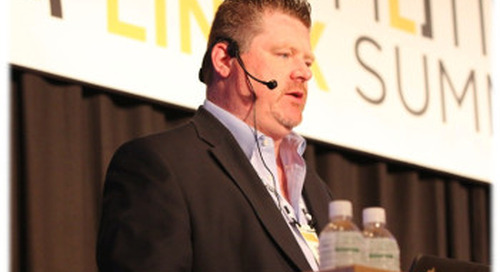 How open-source collaboration is transforming IVI and the auto industry

Traditionally a highly secretive and competitive market, the automotive industry and its long design cycles...