A common theme from Sensors Expo was that the design engineer of today expects more. More hardware, more software, more connectivity, and they sometimes even want it nicely wrapped with a bow.

Frequently these demands play out at the silicon level, where chip providers are integrating low-power processors, connectivity hardware, and open-source libraries, often into development kits that now occupy a space that previously belonged only to platforms like Raspberry Pi, BeagleBoard, and Arduino. The first evidence of this embedded DIY phenomenon that I came across at Sensors Expo was at the STMicro booth, where the company’s BLUEMICROSYSTEM1 was on display in a variety of demos.

In the spirit of design enablement and accelerated time to deployment, BLUEMICROSYSTEM1 is a development environment that expands on the STM32Cube – a hardware package consisting of an STM32 MCU board – with a sensor platform containing humidity, pressure, and motion sensors, as well as a Bluetooth low energy (BLE) eval board. More importantly, however, are the Open.MEMS libraries included in the BLUEMICROSYSTEM1 kit, which enable real-time sensor fusion of multiple MEMS outputs (Open.RF and Open.Audio libraries are also available). At the STMicro booth they were displaying BLUEMICROSYSTEM1 platforms operating in a range of smart home applications, but I’ll leave the full spectrum of the kit’s possibilities to ingenious developers.

Of course, stacking three boards vertically can be limiting in space-constrained or weight-conscious systems. But as a evaluation kit, STMicro offers design services to help you port the MCU and functionality of the accompanying boards down to a manageable form factor, as well as across STM32 MCU families. The BLUEMICROSYSTEM1 development environment is slated to be available at the end of Q2 at a price point that is expected to be comparable to other DIY offerings. [Figure 2 | The BLUEMICROSYSTEM1 kit can be ported down to a manageable form factor after the evaluation phase.] 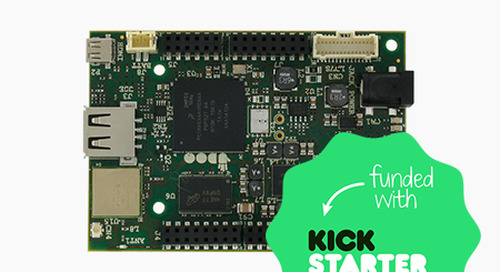 Speaking of MEMS sensor fusion, my next meeting paired me with Ian Chen of Freescale, one of the individual... 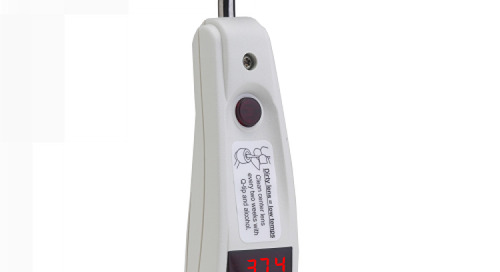 I never expected a briefing to begin with a product that is being used to in place of rectal thermometers, ...