The infrastructure required for vehicle-to-vehicle (V2V) and vehicle-to-everything (V2X) communications is slowly being tested and deployed by governments, automotive manufacturers, and technology companies, but different technologies and unique geographies are a challenge that must be overcome as the U.S., Europe, and Japan each pursue separate connected car strategies. An example of this is the desire to leverage 802.11p and/or LTE-Vehicle (LTE-V) communications standards in future V2X applications, a possible coexistence that demands extensive verification of wireless automotive environments to ensure safety and quality user experiences. Christoph Wagner, Director of the Automotive Market Segment Automotive at Rohde & Schwarz, explains.

WAGNER: To this day there are three different vehicle communications standards defined in the USA, Europe, and in Japan. For the first two the frequency band is allocated at 5.8 GHz and 5.9 GHz, while the latter is 700 MHz. Japan is currently the only country where the V2X communications technology based on the standard 802.11p is in use. Toyota’s Prius, for example, is already equipped with this technology. In December 2016 the U.S. National Highway Traffic Safety Administration (NHTSA) has submitted a draft of a law that prescribes that all new cars from 2019 onward must be able to communicate by radio with others. If this law will be ratified, all new cars in the U.S. will have to be equipped with 802.11p technology. It is currently open for public comment for 90 days.

Should the 802.11p wireless standard be considered a front-runner for V2X communications? If so, what are the challenges being faced in current testbeds?

WAGNER: Which technology or technologies will be used for V2X communication in the future is currently a matter of heavy discussion. Two technologies are currently available: The 802.11p Wi-Fi standard and LTE release 14 (LTE-Vehicle (LTE-V)), which also includes vehicle-to-vehicle (V2V) communication and is expected to integrate an update for V2X communications this month. There are pros and cons for each technology, at times depending on the individual players, and trials are going on all over the world. One of the most important of these for LTE-V is a project recently announced by Huawei, Bosch, and Vodafone taking place on the Autobahn A9 highway in Germany near Allershausen, where the first LTE-V trials will take place. The goal is to verify the latency and reliability of basic applications that require information-exchange between vehicles, such as speed, position, and lane changing.

It looks like both technologies will be used at the end of the day, but testing the coexistence of 802.11p and LTE-V as well as verifying their use across international borders will be important. For this purpose, a digital test field project between France and Germany was recently announced aimed at verifying cross-border car-to-car and car-to-infrastructure communications via LTE-V, cross-border operation of emergency call (eCall) systems, and continuous traffic warning services on a highway between Metz and Merzig.

How are automakers addressing the challenges of delivering V2X communications solutions for the global auto market?

WAGNER: Toyota was the first company to announce 802.11p implementation in their cars, which occurred in 2015. GM announced their plans to implement the technology in 2017 Cadillac CTS models shortly thereafter, though official announcements surrounding V2X in the European market have yet to occur, to my knowledge.

In December of 2016, EN302571 V2.1.1 was released that provided test specifications for 802.11p modems operating in the 5855 MHz and 5925 MHz frequency bands. That document has been approved and will be officially listed as a European Telecommunications Standards Institute (ETSI) harmonized standard, and become legally binding in Europe. Therefore, every modem sold in Europe operating in those bands must be tested in accordance with the revised standard, which is also compatible with the new European Radio Equipment Directive (RED) that has been in place since the middle of last year. For LTE-V there are currently no binding test specifications available.

Considering all of these developments, it’s undeniable that auto manufacturers and their suppliers have been confronted with increasingly complex electronic systems and wireless applications that require specialized test and measurement solutions. As automated driving becomes increasingly prevalent, sensors – both radar and video – as well as V2X will work together to supplement existing technologies and make driving safer. This will require multiple test solutions for generating and analyzing signals for V2X applications as well as test systems for the automatic verification of modules, often in complex multi-technology environments that include cellular, broadcast, connectivity, and automotive radar to discover the source of interference in modern vehicles.

How does testing wireless communications differ between vehicles and infrastructure, from a standards perspective?

WAGNER: From an RF test perspective, as covered by ETSI EN 302571, there is no difference in testing V2V in comparison to V2X. However testing V2V technologies in the context of infrastructure adds a further degree of functionality and complexity. There may or may not be infrastructure present in the case of both 802.11p- and LTE-V-based V2V, but in instances where it is present, additional functionality is enabled to test safety-critical and other relevant features. For example, in LTE-based V2X deployments, Evolved Node B (EnodeB) infrastructure is able to take control of resource assignments that enables transmission collisions to be avoided.

When do you anticipate we’ll see the first deployments of V2X technology on a scale of any consequence?

WAGNER: As mentioned, U.S. V2X communications is in sight, and may become mandatory from 2019 onwards. This means that from then on a certain percentage of vehicles will need to be equipped with a V2X module. Governments in other regions have yet to make such announcements pushing the technology, but one benefit of LTE-V is that the basic infrastructure already exists in most cases. Therefore, “only” the vehicles need to be equipped with additional communications devices. 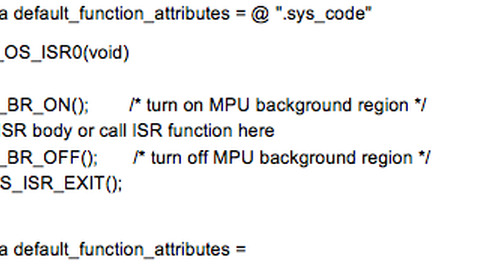 Previous blogs have presented an introduction to the MPU and terminology, MPU multitasking, defining MPU re... 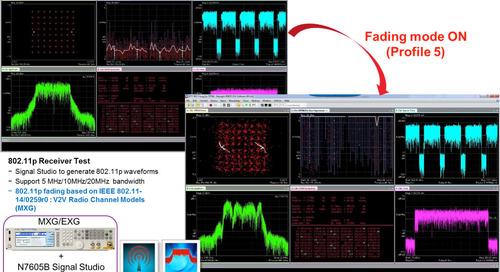 Automotive electronics manufacturers have to be good jugglers to keep the connected car revolution moving f...