The MIPS platform got a big boost last week with a series of announcements. First, Imperas is releasing the Open Virtual Platforms (OVP) Fast Processor Models for the MIPS Warrior P-class and M-class CPU IP cores from Imagination Technologies. Example virtual platforms are also being released, as well as support for the cores in the Imperas M*SDK advanced software development tools. Also, the Imperas M*SDK and M*DEV products support the Imagination Codescape Debugger for embedded software debug and development.

The second announcement comes from a collaboration between Green Hills Software and Imagination Technologies (IMG.L). Going forward, the Green Hills tools and compilers will support an expanded range of Imagination’s MIPS CPU IP. This includes fully optimized support for the microMIPS code compression instruction set architecture and for the MIPS Warrior M-class and I-class CPUs.

Announcements put Wind River at the forefront of IoT

In a series of recent announcements, Wind River has upped its offerings in the Internet of Things (IoT) spa... 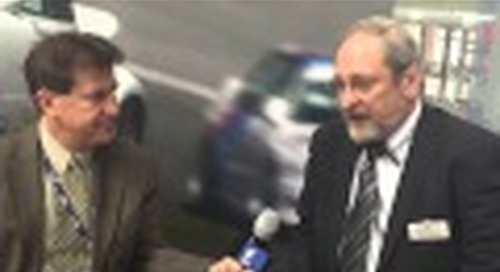 In this view from Embedded World 2015, Rich Nass interviews Evgueni Kolossov, Director of Research and Deve...