Flexible and dynamic software licensing in the field

At the inception of any new product range, designers face the same pressures they always have: critically, the conundrum of how to balance those price vs functionality variables most optimally for their target market. Rarely are designers even lucky enough to find themselves faced with a single optimum balance either, forced to provide both budget and premium variants and often many more mid-points in between both extremes, to capture the widest possible audience.

Historically, it was the host hardware that bore the brunt and inconvenience of this need for scalability from basic to premium models, with differing tactics employed to achieve this most cost-effectively. Some opted to manufacture entirely discrete PCBs, with the advantage of maximum functional flexibility but not benefiting at all from scale of manufacture. Others opted to utilize the same core PCB, but achieving variation through depopulating core functional components, this reduced PCB costs but increased assembly costs due to multiple placement machine set ups. Multiple PCBs were also implemented to achieve the diverse variants requirement modularly, which can be a particularly costly approach when including less popular functionality.

With the rapid decrease in cost of key functional components across the industry, especially with key features increasingly embedded within a system-on-chip (SoC) or bundled within multiple purpose ICs – the core cost of implementing that feature in hardware has become insignificant. Today designers increasingly find themselves within a scenario where any of the historic approaches at “designing out” features previously reserved for more premium variants becomes more expensive than leaving them in. Whilst this may first appear to be a scalability headache, actually it opens the door to satisfying that need in a different way – through software.

The origins of dynamic software licensing can be seen offline, stretching back almost a decade. Independent software vendors (ISVs) migrated from maintaining discrete binaries for free, basic, premium, professional (and many more) license variations to a single binary package that a product key then determined the final functionality available to them. Microsoft, and others, took this one step further with the introduction of run-time “Anytime Upgrades” – permitting an end user to upgrade to a higher licensing level and immediately gain access to new functionality. With the advent of the cloud and the exponential growth of the IoT movement, this dynamic software licensing model can reach for the sky. Today’s consumers are already well primed in such business models, with this approach popularized in smartphone app stores, where basic functionality is provided free and additional functions then charged as “in-app” purchases.

I acknowledged the app store example for a second reason: the purchase mechanism of instant electronic payment, which dictated its success and facilitates its very existence. This methodology has been branded “software monetisation” and is quickly gaining traction in the embedded computing space. This empowers the OEM to offer that scalable product range whilst gaining the maximum benefit from scale of manufacture of the hardware, as this never changes.

For that OEM, or even their local distribution to elect prior to product dispatch what level of functionality it offers whilst evolutionary, is far from revolutionary – the real value in dynamic flexible software licensing is what it offers the end user. For too long, those specifying such systems had to decide at the point of order what functionality would be required for the entire life time of the product, some feat! Over-specify and you’ll pay royally for any unused features (or prevent the budget being approved in the first place), under-specify and you later risk a skeletal system that doesn’t satisfy your needs.

I had the privilege of a live demonstration of such a model at the Device Developer’s Conference, courtesy of SafeNet, a key player in the software monetisation movement, who propose an end-to-end incorporating packaging, control, management, and monitoring, which was visually demonstrated on a mini race track with differing licensing models instantly dictating the number of vehicles simultaneously racing.

Dynamic software licensing enables deployments to be made based on purely the functionality that is needed today, satisfying everyone from engineer to financial controller with the open option of expanding functionality in situ as when and required. Calculations can be based on the return of investment of specific functionality and if approved, be switched on in an instant; with cloud technology enabling the device to retrieve the upgraded license and electronically bill whomever simultaneously.

Expect to see such dynamic pricing models everywhere around you with the cloud and connected devices striving for innovation and true differentiation, a virtual cross-sell analogised to “Would you like fries with that?” 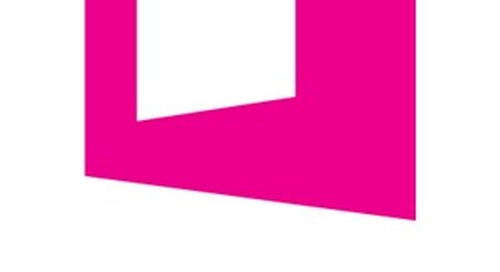 that boast low power usually get my attention. Sometimes it's because I want to see if those boasts have an...