Part 1 of this three-part article discusses the principles and advantages of ratiometric three-wire measurement systems. In Part 2 we compare the effects of excitation current source mismatch to other error sources. In Part 3 we provide solutions to minimize or reduce the effects of the excitation mismatch.

The Pt100 RTD is a platinum-based RTD sensor offering excellent performance over wide temperature ranges. Platinum is a noble metal and features the highest resistivity of commonly used RTD materials enabling small sensor sizes. RTD sensors made of platinum are occasionally referred to as platinum-resistance thermometers, or PRTs. The Pt100 RTD has an impedance of 100 Ω at 0 °C and roughly 0.385 Ω of resistance change per 1 °C change in temperature. At the extremes of the usable temperature range, the resistance is 18.51 Ω at -200 °C and 390.48 Ω at 850 °C. Higher-valued resistance sensors, such as Pt1000 or Pt5000, can be used for increased sensitivity and resolution.

The CVD coefficients (A, B, and C) are defined in the European IEC-60751 standard. The coefficients values are shown in equation (3). R0 is the resistance of the RTD at 0 °C.

Three-wire RTD configurations are popular due to their balance between cost and accuracy. In the three-wire configuration being proposed, one excitation current (I1) produces a voltage potential across the RTD element. At the same time, a second excitation current (I2) is injected to cancel the resistances of the RTD leads (RLEAD) from the final measurement shown in Figure 2 and equations (4-7).

The differential RTD voltage, VDIFF, is typically converted by an analog-to-digital converter (ADC) and sent to a processor to be interpreted. The ADC compares the input voltage to a reference voltage, VREF, to produce a digital output. A three-wire RTD measurement circuit using a discrete external reference voltage is shown in Figure 3. Equation (8) defines the final conversion result based on the total number of digital codes, RTD resistance, excitation current magnitude, and reference voltage. This example assumes that the ADC has a full-scale range of ±VREF. As shown, errors due to the magnitude, noise, and temperature drift of the reference voltage and excitation currents directly result in conversion errors.

The mismatch of I2 causes the ideal transfer function to change (equation 13).

Equation (14) calculates the gain error caused by the excitation current mismatch by comparing the result of equation (13) to the ideal transfer function from equation (11).

If the excitation current mismatch is specified in %FSR, the gain error can be calculated as shown in equation (15).

In Part 1 of this article we introduced three-wire RTDs, lead resistance cancellation, and the benefits of constructing a ratiometric three-wire RTD system. We showed that while a ratiometric RTD configuration removes the errors from the initial accuracy of the excitation currents, mismatch between the two excitation currents still causes a gain error.

Join us for Part 2 where we will provide an analysis of a modern ratiometric three-wire RTD measurement system to describe the sources of error, including the effects of the excitation current mismatch and drift.

Collin Wells is an Applications Engineer in the Precision Linear group at TI where he supports industrial products and applications. Collin received his BSEE from the University of Texas at Dallas.

Ryan Andrews is an Applications Engineer in the Precision Delta-Sigma ADC group at TI where he supports industrial and medical applications. Ryan received his bachelor’s degree in Biomedical Engineering from the University of Rhode Island.

Autonomous driving: In research and on the road

The automotive industry is inching closer and closer to getting autonomous driving on the road. There have ... 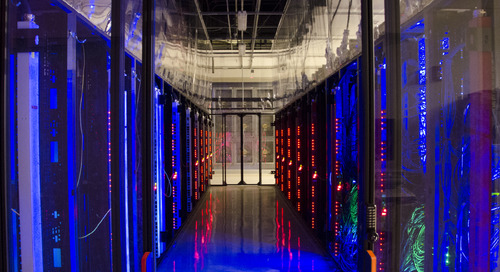 Building the clouds of the future

The cloud has been a great addition to computing - bringing many benefits with its added computing power - ...