Though certain domains of the modern vehicle are offloading subsystem functions to fewer, large domain controllers, the body electronics domain remains a heterogeneous mix of control area networks (CAN), local interconnect networks (LIN), and now even Ethernet. As automakers begin to reclaim vehicle architecture definition from Tier 1 suppliers, they are taking different approaches to the design and architecture of body electronics subsystems, which Arun Vemuri, Sector General Manager for Automotive Body Electronics and Lighting and Mike Claassen, Sector General Manager for Automotive Infotainment, both of Texas Instruments, explain in this interview.

How has the development of automotive subsystems evolved in recent years, from an industry perspective?

CLAASSEN: A trend that is becoming universal to the vehicle is that it used to be that a lot of the electronic control units (ECUs) were driven by Tier 1 models – i.e., the automaker needed a function and would go discuss it with a couple of Tier 1s to see if anyone had something they could retrofit or just plug into the vehicle. From an infotainment standpoint that was the traditional head unit, the traditional cluster, and the traditional TCU, and maybe the external amplifier.

About two or three years ago the automakers really started taking ownership in terms of how these systems are defined. I would say now that our Tier 1 model is more about designing towards innovation that’s being brought in by the automakers. As a result, whereas before the architectures would have been fairly similar based on sourcing from the Tier 1s, now it’s pretty mixed up in that they all basically have the same functionality but different automakers attack it with different subsets or subsystems that we may not have necessarily seen before.

Has the reclamation of vehicle design by automakers impacted the system architectures that govern body electronics such as climate control, lighting, in-vehicle infotainment (IVI) systems evolving?

VEMURI: Automakers vary in how they architect their body electronics, and there’s no one specific way they’re all moving.

If you look at the body electronics and lighting domain there’s a central module called the body control module (BCM), which is a very specific module that receives various driver inputs (for example, wipers, headlights, and switches) and then either powers various relays or powers various loads. Then various remote controllers with specific names – like the wiper control unit or door control unit or power lift gate control unit – all control various body domains. There can be a common backbone like a CAN network that allows these domain controllers to communicate with each other, and these individual nodes can have slave nodes.

The other way information can flow is, for example, power seat controls that may go directly to the control module that is driving the power seats and not actually go through the BCM. We also see multiple BCMs in a vehicle where certain inputs may go to, say, the front BCM and certain inputs go to the rear BCM; the appropriate outputs – the wipers, the headlights – are then turned on based on the driver request.

CLAASSEN: You unlock your vehicle, you get inside of it, and you haven’t hit the ignition, but you’ve closed the door. At that point, there is probably a ballpark of 250 control area network (CAN) nodes listening in a very low power state, they’re basically in a sleep state. The BCM has unlocked the doors, so it’s a little more awake, but basically these devices are listening for an ignition command on the CAN network and once that command occurs they all boot up in their own domains.

For example, on the infotainment side, the cluster is a self-aware entity on its own, as is the head unit, as is possibly the telematics control unit (TCU), and they all have controllers that are awoken by this ignition command, but at that time they become self-aware or are driving their own functions. There may be a switch that is sitting on your steering wheel that turns your volume on and off, or maybe invokes your telematics. The switch controller sends the message through the CAN network saying, “Invoke the telematics,” then basically the telematics takes over the system and initiates a call.

Different manufacturers look at it different ways. There are some manufacturers that want to put in a big central box that controls everything, and then we’ve got others that separate it out from a domain standpoint. They all have their advantages and disadvantages, but there isn’t one “master” computer that’s sitting in the body.

VEMURI: We are seeing 10/100 Ethernet coming in for communications. Today on the diagnostic port it’s predominantly CAN. CAN is used to communicate with the outside world, so when you pull into a service station the guys are talking to the car through a CAN-based networks. That is all moving towards 100BASE-TX Ethernet. A lot of our customers are developing modules with that interface. But will Ethernet become the backbone in, for example, powertrain? I’m not sure. Of course there’s a huge supply chain, and to change anything takes time. Cost and reliability in these domains are big, and there’s a general concept of, “if it ain’t broke, don’t fix it.”

The body domain controller can communicate with other domains, such as infotainment or powertrain or the cluster, and these other domains use different communications backbones. For example, if infotainment uses Ethernet but the rest of the body uses CAN, somehow these need to be bridged. That is where gateway modules are coming into play, and that is a very fast evolving application that basically bridges communications between different domains (Figure 1). We see a lot of processing requirements there because there are multiple domains communicating with this gateway module, which is basically translating data and shuffling it from one domain to another and translating it.

CLAASSEN: We are also seeing a lot of the conveniences converted from just a simple switch or a simple knob to something microcontroller-based – it could be simple gesturing like wave to open. A lot of the buttons that typically interfaced to the BCM are now capacitive touch or gesture-type of control. A knob isn’t a knob anymore. That knob is either a hall-effect or some optical sensor that is picking up a pulse. The only real mechanical linkage is keeping the knob from being removed. Certainly when you look at the types of systems that are being replaced, certainly a small 8-bit or 16-bit controller now makes sense.

We do see price pressures, and while being on the infotainment side I can say we’re some of the most competitive, I think it’s innovation. Right now I don’t believe the sector has time to look at cutting costs because they’re changing things so drastically so quickly. Will that time come? Sure. But I think right now it’s more of a competition of innovation, which we are very well set for.

We’re partnering with Tier 1s and automakers to see what that next generation looks like. It’s cost competitive, but to be quite honest, I consider how the cabling system is being done, how quickly the car can be put together, and how to eliminate repair calls as opportunities to put silicon in non-silicon places to help the Tier 1s and automakers differentiate themselves. It is a competitive market, a high-growth market, and we’ve got some very futuristic ideas being put in play by the automakers and Tier 1s.

There are subtle transitions going on in body. In the Lincoln Super Bowl commercial Matthew McConaughey is looking at himself in the mirror in the back seat, but the subtly is that he moved the front seat forward while in the back seat. It was very subtle, but I think it’s starting to show the transition of where body is going.

One of the interesting aspects if you own a really high-end vehicle in Asia, you don’t drive the vehicle. Somebody drives it for you. We sell H.264 video conferencing equipment in there; Bentley has a full remote control that you can control air conditioning, volume, and everything else from; we’ve seen tablets being released by several manufacturers. Those are all rear-seat conveniences because eventually every passenger in the vehicle is going to be a passenger.

The phenomenon of ubiquitous connected sensors providing key data and further processing of that data in th... 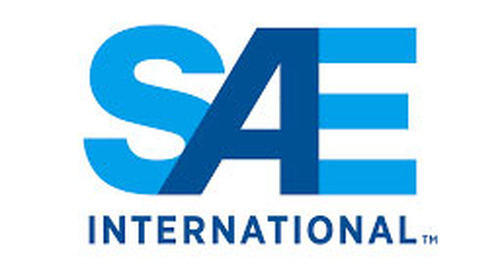 Who's behind the wheel of autonomous vehicle development?

A look at the future vehicle through the eyes of SAE International This article is the second of a series o...