According to the company, the memory devices leverage Microchip’s CryptoAuthentication family of hardware authentication ICs.

"CryptoAuthentication memory tokens can be used for securely updating keys, enabling locked features or for providing access to users as part of a multi-factor authentication system," said senior product manager for Datakey Paul Plitzuweit, in a press release.

The new Datakey IAT4.5Kb and IAX4.5Kb CryptoAuthentication memory tokens contain 4.5 kilobits of programmable memory, consisting of a 512-bit one-time programmable zone and a 4096-bit data zone that is divided up into 16 256-bit slots.

Per the press release, the tokens are slightly smaller than an SD card. Additionally, the tokens are proprietary-shaped and utilize solid over-molded construction. Contacts are featured on both sides. 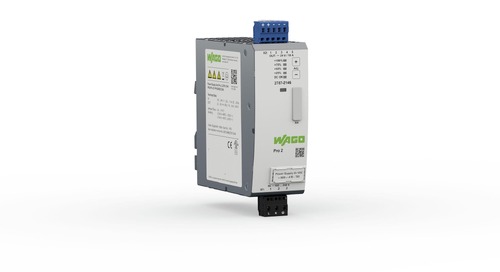 WAGO announced the release of the WAGO Pro2 Power Supplies. The new tech hosts six units from 120-960W with...

The use of mass storage in embedded industrial applications continues to grow as the demand for new feature...