For the Professional Maker: STM Nucleo-68 Wireless Dev Board and USB Dongle Pack 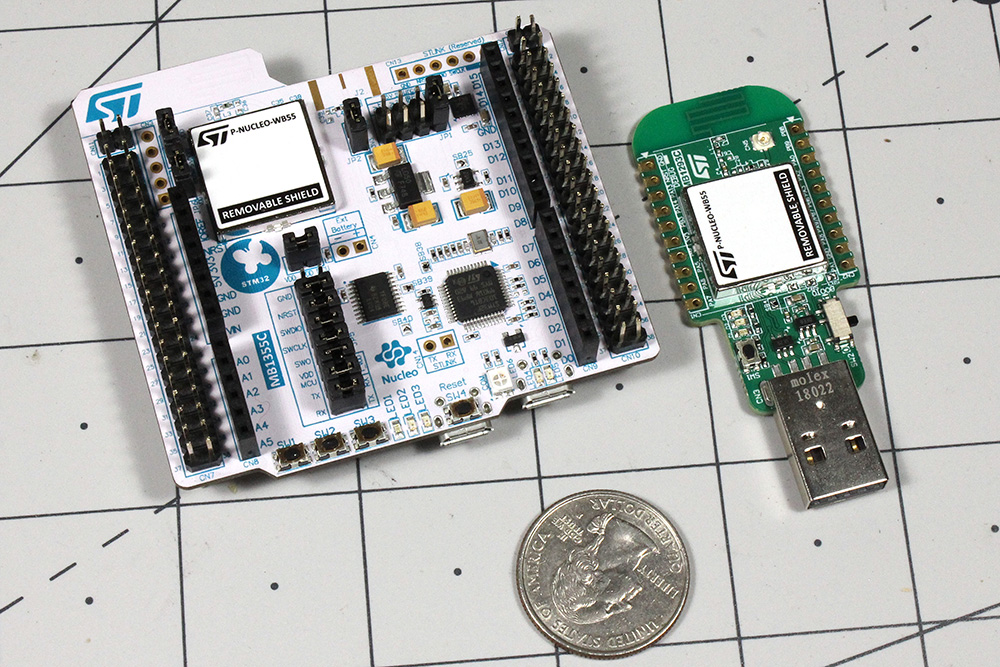 If you need to develop an IoT application, a logical starting point is to obtain a dev board with wireless capabilities. The question then becomes how you program and test it, when your development computer may not feature the wireless protocol that you need to use. In the field you’ll likely be dealing with a custom interface device anyway, meaning you’ll likely need two dev boards, one of which may stay attached to your computer during testing.

The STM32WB Nucleo-68 wireless solutions pack solves both issues with a Nucleo68 STM32WB-base dev board, paired with a USB dongle/dev board that features another STM32WB microcontroller onboard. Both components feature a 2.4 GHz RF transceiver, supporting Bluetooth 5.0, along with the IEEE 802.15.4-2011 data transfer capabilities. Each also features three user LEDs for instant project feedback, along with three user buttons and one reset button on the Nucleo68. A single push button, and a boot management switch provide built-in user interface for the dongle.

Each board comes with a square “removable shield” over the STM32WB55 chip and several nearby components. This can be easily pried off with a knife or even a fingernail if you’re curious to see what’s going on inside. 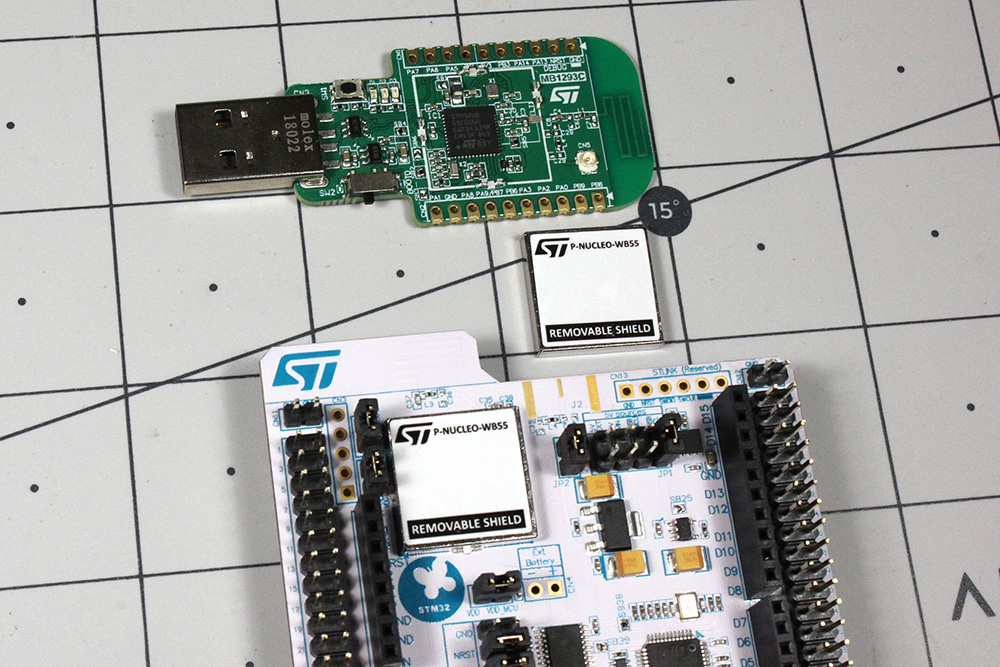 Other interesting features of the Nucleo68 include a built-in CR2032 battery holder, along with female headers that accommodate either Arduino Uno-style or ST morpho expansion boards. Electrically, these female headers are also broken out to male headers just outside of their physical position, which could be very convenient when a needed pin is otherwise physically occupied by a shield. These male headers, along with a wide array of other connectors, extend both upwards and downwards on the PCB, giving developers a huge array of interface options. 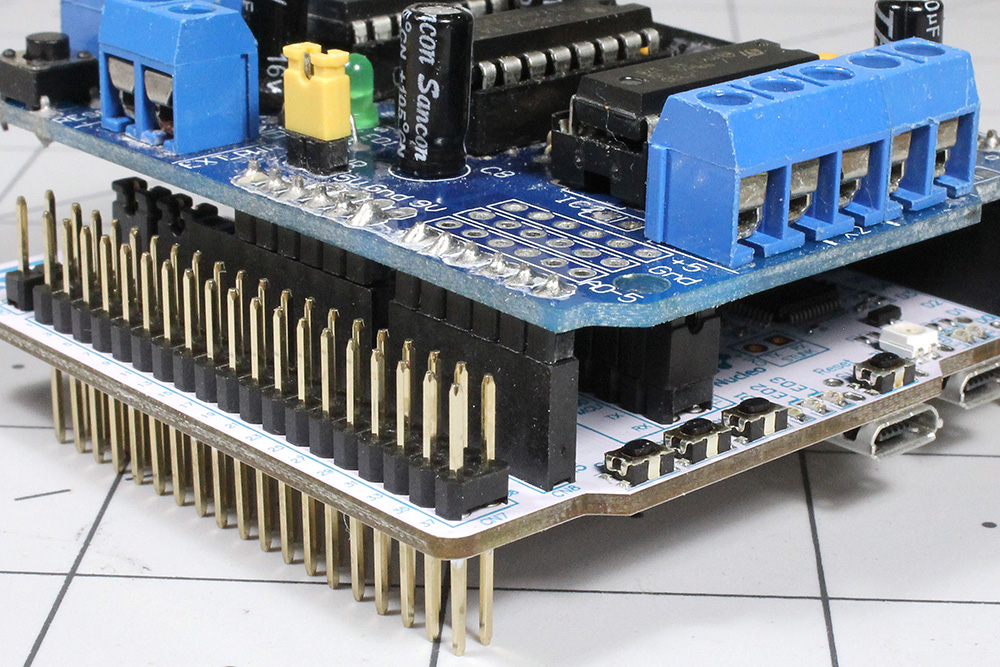 The dongle features comparatively fewer interface options, with no pre-soldered headers. However, this could be excellent for applications where peripherals are attached primarily to the Nucleo-68 and the dongle is meant to communicate primarily through its USB interface.

At the heart of these boards, the STM32WB chip is built for wireless connectivity, and features a dual core design with an ARM Cortex-M4 64 MHz processor running the application, while an ARM Cortex-M0 processor running at 32 MHz handles networking functions. This architecture facilitates real-time operation of both radio and “things” processes, and the system implements a variety of encryption and security measures to keep data transmission secure. The STM32WB chip can be programming in Windows, Linux, or macOS in a variety of different IDEs, perfect to get your IoT prototyping up and running in record time!