HotBackup can be used for applications in the telecommunications, semiconductor manufacturing, industrial process control, engineering and manufacturing, oil and gas, mil/aero and media post-production industries.

Utilizing twin CompactFlash cards, HotBackup is presented to the host system as a single logical drive. Its operation is transparent to the host and conducted as a background task entirely within the device itself. It enables the primary host-addressable media to be backed up in background without interrupting the host connection or requiring the host system to be taken offline. HotBackup’s firmware monitors for updates to the primary drive and mirrors these to the secondary drive. Additionally, the secondary CF card can be removed from device and a new card inserted and synchronized without interruption to the host system.

HotBackup can be operated either using SSD’s recovery manager software to control functionality from a remote location via a LAN connection, or through a single push-button on the front of the device which is ideal for deployments where a LAN connection is either not possible or not allowed. HotBackup requires synchronization every time a new CF card is inserted into the secondary drive, which can be completed by performing a block-by-block copy of the entire contents of the primary drive. Users can remove the secondary drive CF card without interrupting the host connection or requiring the host to be taken offline. This allows for the storage of backups in a safe location, the ability to clone other systems, and the creation of multiple point-in-time backups.

HotBackup is available with either twin SSD SCSIFlash2 or PATAFlash2 drives in 50-pin, 68-pin and 80-pin variants supporting 2.5-inch, 3.5-inch or larger 5.25-inch form factors. It operates with CF cards of up to 256GB in capacity.

As with all of SSD’s current range of SCSIFlash2 and PATAFlash2 drives, in addition to providing a live-host backup capability, HotBackup can extend the operational life of computer systems that are reliant on legacy storage devices. In this respect, HotBackup provides a solid state, drop-in replacement for aging and failing legacy electro-mechanical storage systems on crucial computer systems that might otherwise have plenty of life left in them. 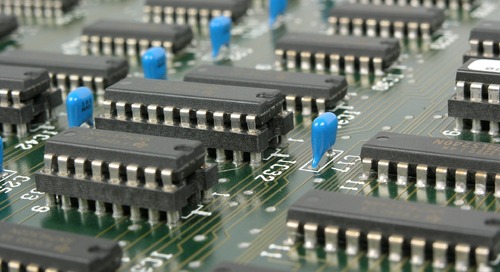 The device is part of a new family of three TI Burr-Brown audio ADCs that enable low-distortion audio recor...