Chicago. Newark’s new findings from its global user survey on the Raspberry Pi single-board computer reveals why and how professionals and makers use Raspberry Pi.

The research reflects the extensive use of Raspberry Pi by professional engineers in prototyping and proof-of-concept applications, particularly for IoT, industrial automation and control applications, as well as its admiration among makers.

Some of the Newark Raspberry Pi survey findings include:

·34 percent of makers use Raspberry Pi solely for personal projects.

·Makers ranked their reasons for using Raspberry Pi based on price, then performance and familiarity with the product. Ease of use was the number one deciding factor when it came to Raspberry Pi.

·The Pi camera and touchscreen was a favorite among makers.

·Professional engineers ranked their use of Raspberry Pi for IoT applications, closely followed by industrial automation and control, with other applications including robotics, display and consumer applications.

“This research clearly illustrates the versatility of Raspberry Pi,” said Newark’s Global Head of Single Board Computers, Hari Kalyanaraman. “The success of Raspberry Pi began with the maker community. A powerful combination of user-friendly features, low cost and a large and active user base has quickly made Raspberry Pi an attractive platform for engineers looking to develop and deploy a broad range of applications. This survey strongly confirms the widespread adoption of Raspberry Pi by engineers in commercial and industrial environments.”

Pentek introduced the latest member of the Jade family of high-performance 3U VPX boards. 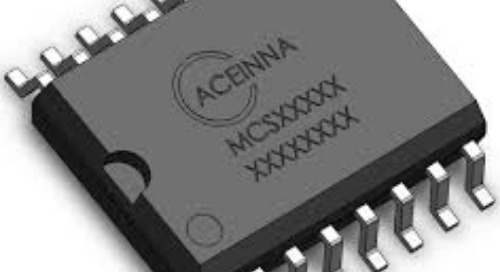 The ±50, ±20, and ±5A bi-directional current sensors deliver high DC accuracy and dynamic range in both fix...