At IEDM 2019, Leti, a technology research institute of CEA Tech, and its research partners presented their work developing a toolkit on an SOI MOSFET-based prototyping platform that enables fast reading of the states of charge and spin in large quantum dot arrays. The study explored two gate-based reflectometry readout systems for probing charge and spin states in linear arrangements of MOS split-gate-defined arrays of quantum dots.

The first system gives the exact number of charges entering the array, and can help to initialize it. It can also read spin states, albeit in relatively small arrays. The second one gives the spin state in any quantum dot regardless of the array length, but is not useful for tracking charge number. Both readout schemes can be used together, leveraging one another in large arrays.

In CEA-Leti's study, the reflectometer probing line was connected to the MOS gate of a Si quantum dot. The system was prepared so that the load impedance depended on the spin state of the qubit, which enabled the team to monitor single spin-events non-destructively and in near real-time. In addition to CEA-Leti, the research team includes CNRS Institut Néel and CEA-IRIG, Grenoble, France; the Niels Bohr Institute, University of Copenhagen, Denmark; and Hitachi Cambridge Laboratory and Cavendish Laboratory, University of Cambridge, UK. 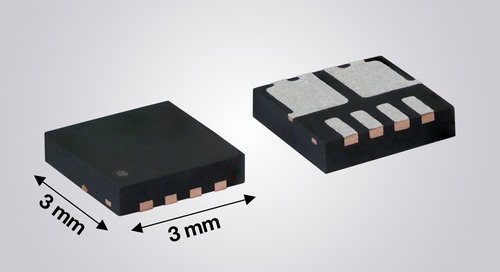 The result is reduced voltage drops across the power path and minimized power losses for increased efficiency.

Kandou, a developer of chip-to-chip link solutions, will demonstrate a working prototype of the USB-C multi...