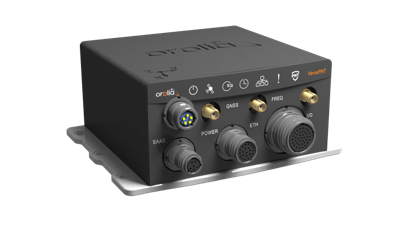 The new positioning technology supports edge AI because the data-fusion algorithm is performed locally to ensure that positioning and navigation information is available locally and is failsafe even in the case of jamming or spoofing of GNSS data. A version of FlexFusion that demands less of the CPU implements a loose coupling algorithm that uses GNSS receiver-output positions as entry of the algorithm. An advanced version implements a tight coupling fusion algorithm of GNSS and IMU data that significantly enhances the resilience of positioning and navigation under real-world conditions.

For more AI news, check out:

How to Extend Legacy Systems into the AI & IoT Era

A single-chip controller developed by STMicroelectronics and YouTransactor is presented as the first PCI (P...

IAR Systems announced that Version 1.11 of the toolchain IAR Embedded Workbench for RISC-V is now available.