NEW YORK & PARIS. AdaCore determined the winners of its third annual Make with Ada programming competition for embedded projects where placement was based on projects that demonstrated software dependability, openness, collaboration, and invention.

The Make with Ada competition saw 32 submissions in its duration from October 16, 2018, through February 15, 2019, where each entry was designed implementing an embedded software project using Ada and/or SPARK as the main language technologies.

This year’s competition judges were as follows:

· Jonas Attertun, Embedded Software Engineer and Winner of the 2017 Make with Ada competition

First place, with a prize of $5,000, went to Guillermo Alberto Perez Guillen’s PID Light Meter Controller. He’s a communications and electronics engineer from Mexico. His project produced a system that measured and controlled the amount of light that a lamp emits and utilized an STM32F407 Discovery Kit board to operate the PID control software, written in Ada.

Second place, with a prize of $2,000, and the Student Prize (an Analog Discovery 2 Pro Bundle), went to Samira Peiris’ Ada Modbus Analyzer. He’s an electrical and electronic engineering undergraduate from Sri Lanka. His project demonstrated an open communication protocol for industrial electronic devices and used a STM32 development board, the GNAT toolchain to develop the code, and a SSD1306 128 x 64 OLED display.

Third place, with a prize of $1,000, went to the Low-Cost ECG Pathology Detection with Deep Neural Networks project submitted by Angel Gonzalez and Adrian Martinez from Laboratorio Gluón in Spain. Their project was designed to detect different heart pathologies by obtaining and amplifying voltage signals of an electrocardiograph (ECG) that can be read by a STM32 microcontroller that sends the signal to a Raspberry Pi 3, where the neural network, written in Ada, isolated the parameters and produced a result.

“Once again, the Make with Ada contest elicited some awesome submissions,” said The Ganssle Group’s Jack Ganssle. “It was really hard to pick winners, but congratulations to all who entered. The results showed that even with little experience in Ada, teams built complex devices, even implementing a neural network, all on inexpensive microcontrollers.”

“It was an honor to judge these entries, and I was amazed at the quality of the submissions,” said Embedded Computing Design’s EVP, Rich Nass. “The selection process was difficult, as so many of them can easily be turned into marketable (and profitable) products.”

"The number of high-quality submissions made picking three winners extremely difficult,” said a member of AdaCore’s Senior Technical Staff, Patrick Rogers. “There were certainly more than three in that category. I was particularly astounded by the degree of difficulty some attempted and the excellent results they achieved, both in the documentation as well as the hardware and software developed." 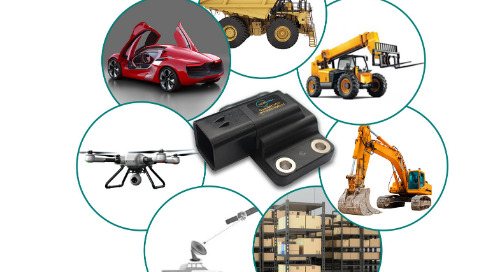 The first TPM prototype was showcased at TCG’s members’ meeting in Warsaw, Poland during the MARS Subgroup.