Home » Press Releases » Khronos and Smithsonian Collaborate to Diffuse Knowledge for Education, Research, and Creative Use
× Share this Article

Khronos and Smithsonian Collaborate to Diffuse Knowledge for Education, Research, and Creative Use

Beaverton, OR – February 25, 2020 – Today, The Khronos® Group, an open consortium of industry-leading companies creating advanced interoperability standards, and the Smithsonian, the world’s largest museum, education and research complex, with 19 museums and the National Zoological Park, announce their Collaborative Agreement for the increase and diffusion of knowledge using 3D scanned models from the Smithsonian collections.

Working with Khronos, the Smithsonian publicly launched their Open Access initiative today, which included the release of approximately 2.8 million 2D images and 3D models into the public domain with the internationally recognized Creative Commons Zero (CCO) license. Additionally, a variety of platforms will be launched to make its collection media, collections data, and research data available for educational and research endeavors, creative reuse, computational analysis and innovative explorations.

To distribute their massive gallery of media and data, the Smithsonian is offering a download option for their 3D models in glTF™, a royalty-free specification for the efficient transmission and loading of 3D scenes and models by applications. An open standard developed by Khronos, glTF minimizes both the size of 3D assets and the runtime processing needed to unpack and use those assets. The Smithsonian has developed a specialized glTF vendor extension, but with this new agreement, the museum will engage directly with Khronos and build a glTF-based open source tool chain for scalability and longevity.

“We are deeply honored to collaborate with the Smithsonian on this significant project,” said Patrick Cozzi, 3D Formats working group chair at Khronos. “This application of glTF will help the Smithsonian open the door for significant new uses of 3D in education, research and creative domains, and it will leverage and strengthen the breath and interoperability of the glTF ecosystem.”

About The Khronos Group

The Smithsonian Institution was founded in 1846, with a generous bequest from British scientist James Smithson (1765–1829) to found at Washington an establishment for “the increase and diffusion of knowledge.” The Smithsonian is the world’s largest museum, education and research complex, with 19 museums and the National Zoological Park.

The Smithsonian’s collections document the nation’s history and heritage and represent the world’s natural and cultural diversity. The total number of objects, works of art and specimens at the Smithsonian is estimated at nearly 155 million, including more than 146 million scientific specimens and artifacts at the National Museum of Natural History. 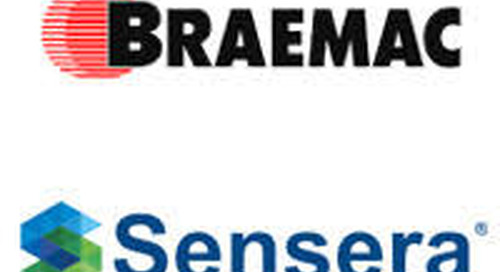 Working with experts in IoT and wireless to strengthen worldwide market presence. 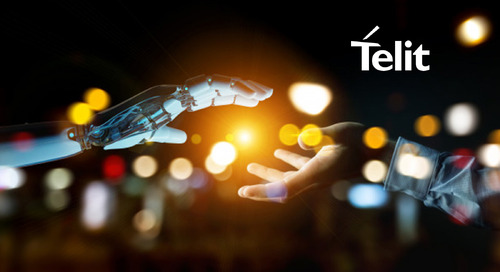 Sternum will be integrating its cybersecurity solution onto Telit’s modules, enabling first-of-its-kind vis...