Z-Wave opens up as smart home connectivity battle closes in

As Internet of Things (IoT) concepts took hold and started to become realities a few years back, one of the first challenges realized was interoperability between wireless protocols. Different vertical markets and applications often employ different protocols tailored to the specific use case. Some of these protocols have been standardized; others have not. In all, the result has been extreme market fragmentation around wireless connectivity, as well as a great deal of confusion in the developer community as far as which technology to bet on.

Short-range wireless for the smart home is a good example of the overload of options available to device manufacturers, as Bluetooth Low Energy (BLE), Insteon, X10, ZigBee, Thread, and Z-Wave (and to some extent, Wi-Fi) are just a few of the technologies competing to become the standard of choice for connecting home automation devices. These protocols generally have a low data rate and transmission range, and, as such, those that employ a mesh network topology have emerged as favorites to fit the power efficiency and coverage area requirements of the smart home. Bluetooth will soon join Insteon, Thread, ZigBee, and Z-Wave as short-range wireless protocols that can claim the mesh networking distinction, with each vying for enough market share to drive the others out of the home automation space.

But with so many similarities between them (see Figure 1), how does one technology rise above the rest? For the Z-Wave Alliance, the answer is through openness.

Advancing connectivity through the public domain

The Z-Wave transport layer protocol was developed in the middle part of the last decade, with the technology’s formal governing body, the Z-Wave Alliance, being established in 2005. Since that time, Z-Wave representatives estimate that more than 50 million products based on the technology have permeated the smart home arena, yielding an approximate 70 percent market share.

In an effort to maintain that pace in everything from security systems and connected door locks to smart thermostats and sprinkler systems, Sigma Designs (the owner of Z-Wave IP) donated the Z-Wave MAC/PHY to the International Telecommunications Union (ITU), which is now globally standardized as ITU 9959 radio. This marked the first step in making Z-Wave more accessible to IoT developers, with the second being the recent release of the Z-Wave Interoperability Specification, Z-Wave Security Specification (S2), and the API specifications for Z-Wave over IP (Z/IP Gateway) and Z-Wave Middleware (Z-Ware) into the public domain. Together these assets make up the Z-Wave Public Specification, which is available free of charge and sans licenses.

While the Interoperability Spec release is designed to drive more interaction between Z-Wave and device makers and opening up security specifications has become common practice these days to get more eyes on potential vulnerabilities, the most important portions of the announcement may be the Z/IP Gateway and Z-Ware APIs, which can be leveraged to link Z-Wave meshes to upstream IP networks and create higher level Z-Wave over IP applications, respectively. The hope is these technologies will help Z-Wave become more integrated with frameworks such as the Open Connectivity Foundation (OCF) and cloud platforms such as AWS, and SD images have been made available for the Raspberry Pi so that developers working at the gateway level can get started easily.

While the above moves represent a significant play for smart home standardization, Z-Wave faces a long road in the battle for the smart home as the pervasive BLE sets its sights on traditional Z-Wave applications, and deep-pocketed members of Thread such as Google, Samsung, and ARM continue to push the 802.15.4. But Raoul Wijgergangs, Vice President Z-Wave Business Unit at Sigma Designs, believes that that the reduced noise and greater coverage area provided by the 900 MHz band, as well as power efficiency built into the protocol, will keep Z-Wave in its leading smart home position for the foreseeable future.

“We are competing with them, but the biggest volumes of the smart home market can be seen in the service provider area,” Wijgergangs says. “Security companies represent the biggest driver of volume, followed by the telcos and cable companies, and only then comes the small portion of retail and do-it-yourself, and that portion is probably only 20 percent of the market.

“In order to get UL certification for home security you need to be able to do jamming detect,” he continues. “If there is an intruder in your yard that is transmitting a certain amount of signal you can detect that is going on and an alarm panel will alert the security service provider. You can do this both in 2.4 GHz and 900 MHz, however, in 2.4 GHz there is continuously so much going on in that band, whether it is a Netflix video stream or Bluetooth audio streaming, all of those streams for a jamming detect system look like the system is being jammed so it will generate a lot of false positives to the security service provider. So, for [the 2.4 GHz technologies] it is practically impossible to do true security sensors. It basically cuts them out, because of radio choices, from good portions of the ecosystem play.

“Apart from that, being very power efficient is something that is both chip related and built into your protocol and mesh network is very important. To take IP packets all the way into end nodes that are battery operated, with a good level of security on top of it, will basically reduce your battery life between a factor of 8 and 10. That’s what Thread is doing, for example,” Wijgergangs says.

Time and technology tweaks will ultimately decide which wireless protocol secures itself as a standard for the smart home, but for developers, the more open these solutions become, the better. 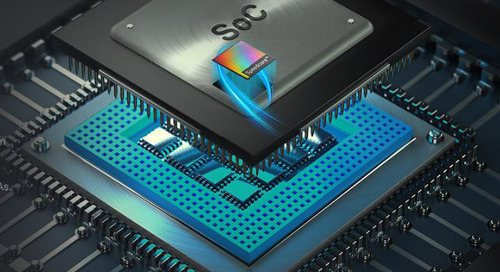 Could FPGA IP be headed to an SoC near you?

The more integrated, the better. That's truer in the embedded space now than ever before. For proof, look a... 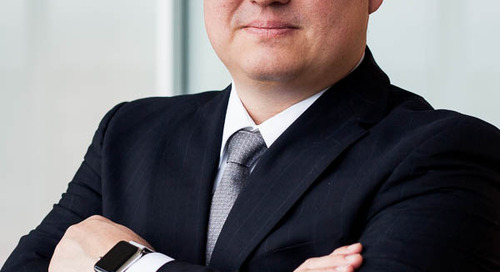 Ethernet is a pervasive networking technology in the enterprise and consumer sectors, and its widespread ad...