Home » Networking » Designing the dream dev board
× Share this Article

Designing the dream dev board

What makes the perfect development board? There are thousands of dev kit solutions on the market today, yet engineers around the world are still seeking the perfect one that meets all of their design needs. The element14 Community is trying to find that perfect board with the DreamBoard project – a new global crowdsourcing initiative to find the ultimate dev kit. We asked our community of more than 330,000 engineers to design and submit their vision for the perfect dev kit. The response was overwhelming; we received more than 2,400 entries from all over the world.

We’ve managed to narrow the selection down to the final 16 and those boards will go head-to-head against each other in a series of weekly public voting rounds until the last one is left standing. While the brackets are underway and the winner yet to be decided, all of the submissions reveal some surprising new insights into the components and technical options engineers are most looking for in today’s development kits.

We analyzed data from all 2,400 entries to find out those preferences and the industries driving the demands for these functionalities.

Linux, for example, is the preferred operating system for engineers, prevalent in 74 percent of the designs submitted. It comes as no surprise, then, that I2C and its Linux-compatible hardware solution is the processor of choice, used in 70 percent of designs.

When it comes to the core architecture of the processor, the majority (71 percent) are either ARM or x86. A deeper dive into processor speed reveals 64-bit Quad Core to be the most popular with ARM (at 23 percent) and x86 (64 percent) alike.

When it comes to functionality, traditional connectivity reigns supreme among engineers. For all of the new interfaces available on the market today, engineers still want an SD/MicroSD slot (found on 63 percent of boards), HDMI/microHDMI (on 61 percent of boards) and Ethernet (56 percent). The only other interface found on more than half of all DreamBoards was audio out (at 56 percent). Camera interfaces, LCD displays and USB connectors were much less important.

Temperature sensors came in as the most popular sensor at 48 percent. In a close second, 38 percent of engineers want accelerometers and 32 percent want gyroscopes. Inductive sensors ranked last at just 4 percent.

Lastly, connectivity is top-of-mind for engineers and the more related dev board features, the better. Wi-Fi was the most popular add-on among all other features, found in 70 percent of boards. Bluetooth was found in 47 percent of all boards and the only feature more popular was a power button (present on 58 percent of boards).

The DreamBoard initiative has captured the imagination of engineers around the world. These insights are a snapshot into the potential development kit applications inspiring the designs of today’s engineers. What’s more, they reveal what the development kits of the future might need to look like.

So what makes the perfect dev board? We don’t have a definitive answer yet, but our data shows we might be getting closer as the industry continues to push the boundaries on early stage design.

Follow along with the DreamBoard challenge as engineers decide each week on the future of dev board designs. To view all 16 finalists and vote for your favorites, visit www.element14.com/dreamboard. 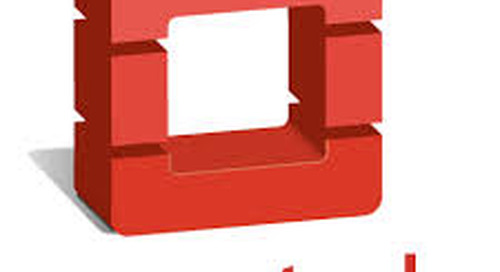 We've already covered OpenDaylight and Open vSwitch in our series on open-source standards for networking, ...

In an earlier blog, I discussed the many safety benefits of vehicle-to-vehicle (V2V) communications, which ...