All major mobile operators are actively promoting their 5G advancements – If you believe the commercials, 5G is being rolled out and turned up, enabling higher bandwidth applications and machine-to-machine interactions.

While it’s true that 5G rollout does appear to be underway, it’s not an “all or nothing” proposition. Like most innovations, rollout is a phased process.

This is the first in a series of pieces that look at 5G from the ground-up starting with the physical architecture and working our way up through virtualization and network slicing. If you find this informative or have additional questions or comments, please feel free to reach out to me at curt.schwaderer@opensysmedia.com.

A look at a generalized 5G architecture is shown in the figure below. There are three physical components: 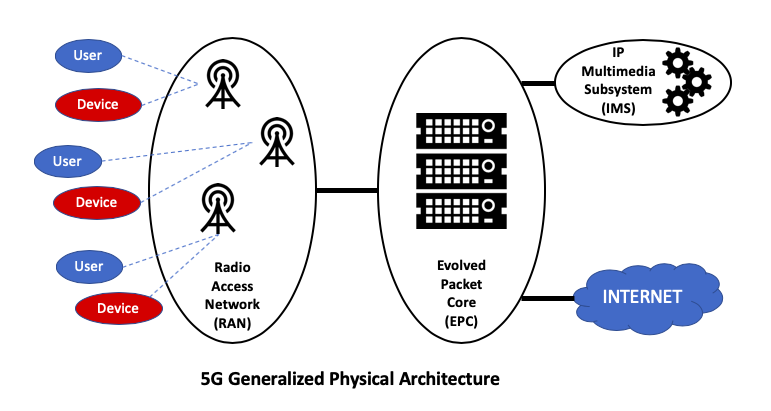 The physical components organization in 5G is really no different than that of 4G/LTE. The 5G difference lies in the capabilities of the 5G RAN and the organization of the EPC towards a higher level of virtualization.

One of the key features introduced with 5G is that it defines three different spectrum bands that serve a specific purpose:

Another key feature of the RAN is the capability to incorporate edge routing. Routing traffic between devices and intelligent edge components or between devices dramatically reduces latency involved with routing at the EPC.

The 5G EPC also has some innovations and I’ll cover them in more detail in my next piece. In general, the 5G EPC is being updated to better manage and integrate voice, data, and internet connectivity. The key innovations in the EPC are:

The EPC is undergoing change, but it’s more about “under-the-hood” improvements and efficiencies in order to carry the increased burden of the improvements within the RAN.

I’ll address the IP Multimedia Subsystem in more detail at a later date. The high-level view is this component implements specific IP-based applications and services within the mobile network.

The most well-known use case for the IMS is Voice over LTE (VoLTE). Previous generations of mobile networks (and even 4G/LTE) implement mobile voice and short message service (SMS) as circuit-switched data – not IP. As the network evolves toward end-to-end IP, the first application that needs to be addressed are these two services. So the first defined IMS involves components that communicate with mobile phones using Voice over IP (VoIP) technology instead of the old circuit switched methods. This finally breaks the divergent paths between the old circuit switched voice and SMS and the new IP based data services of previous mobile network generations. By moving to VoLTE, the entire circuit switched part of the network can now be eliminated saving hardware and maintenance costs.

Where is 5G Today?

Today mobile operator focus is on deploying the new RAN spectrums. This will enable 5G-enabled devices to use the network and they will be connecting with the 5G RAN, but they will be running over the older 4G/LTE EPC. The industry calls this “5G Non-Standalone” or 5G. This moves the bottleneck to the EPC until the 5G EPC is deployed. The industry uses the term “5G Standalone” or 5G SA to note a network where the RAN and EPC are both 5G.

Today we use near space for more than just communications, using satellites for everything from surveillanc... 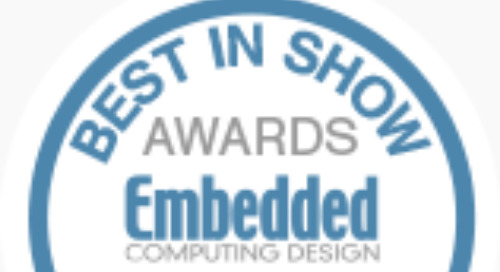