2016 was another exciting year for the embedded industry highlighted by emerging Internet of Things (IoT) platforms and the sensors, embedded systems, and network topologies to support them. Here we review the embedded highlights of 2016 and look forward at emerging trends for 2017 and what’s driving them.

2016 was a year that saw the IoT trend hit critical mass. This critical mass was formed from previous attempts that resulted in a realization that IoT is a complex mash-up requiring embedded, enterprise, and network systems expertise in order to be successful. Such cross-functional teams rarely exist in one company. Some companies with compelling IoT business cases built a cross-functional team by using a combination of in-house technical expertise and augmenting with consulting firms that have skills in the other areas. 2016 saw the emergence of some of these consulting companies taking the experience gained from these early adopter IoT projects to launch IoT platforms aimed at solving the cross-functional skillset problem. These new IoT platforms set the stage for an increase in IoT systems participation.

One interesting outgrowth of 2016 was the emergence of the “IoT engineer” version 1.0. This is an embedded engineer, cloud SW developer, mobile app developer, or networking specialist that has gained knowledge and skills in one or more of the other disciplines within IoT. This phenomenon has historical precedence – the advent of the CPU saw the emergence of the “computer engineer” – one with a mix of skills in traditional electrical engineering, digital electronics, and software development.

The transition of mobile 3G technology to 4G/LTE caught stride in 2016. Mobile operators either started or continued deploying LTE networks in order to keep up with the growing speed and capacity demands of their subscribers. LTE deployments aren’t something that only global operators are doing – a number of rural mobile carriers and cooperatives also spent significant time and resources moving their systems to or toward LTE. I attended a Rural Independent Network Alliance (RINA) wireless event in late summer where representatives from Ericsson and Nokia held seminars on the migration to LTE and introduced some of their “LTE+” services. Many of the RINA members already had LTE migration activities underway.

Wi-Fi was another key technology trend. At the end of 2015, many nationwide cable operators made announcements for aggressive plans to deploy Wi-Fi hot spots nationwide to extend customer reach and lay the foundation for additional subscribers and use cases. While the numbers were aggressive and in many cases not met, Wi-Fi deployments were significant throughout 2016 and found their way into increased localized analytics applications in the retail and hospitality industries. Perhaps the most important indicator for Wi-Fi is in the automotive industry, where the models released in 2016 were largely Wi-Fi hotspot enabled.

These three drivers in 2016 had significant impact in the medical, industrial, automotive, and consumer marketplaces. Sensors have dropped in price. Compute resources have also. Embedded devices are becoming connected through a variety of means. LTE and Wi-Fi availability provides cost-effective and geographic connectivity needed to develop and deploy IoT solutions. And cloud applications and services provide the application and analytics back end that extract the business insights to increase profitability, gain business insights, lower operational costs, and attract new customers.

Critical mass has gathered – will 2017 bring the massive wave of applications that begin to interconnect and automate every aspect of our lives? Likely not in a single year, but expect the trend to accelerate.

One significant driver is Japan’s pledge to become completely 5G by the 2020 Olympics. This caused many mobile infrastructure vendors to announce LTE+ systems that add some features, capacity, and data rates of 5G. For those that don’t know, 5G is the next generation of LTE and its primary driver is the capacity and speed characteristics to support massive machine-to-machine (M2M) and IoT systems. Announcements and press around 5G will pick up and some LTE+ trials may happen in 2017. The march to 5G has begun.

IoT platforms will continue to mature in 2017. Most platforms introduced last year had a single IoT application under their belt. The current value of adopting an IoT platform is a framework and access to IoT expertise. Having talked with and interviewed a number of IoT platform vendors last year, I heard two contrasting opinions forming:

This year will likely see one of these opinions emerge, as platforms start to be used for a larger variety of IoT applications they weren’t specifically designed for. 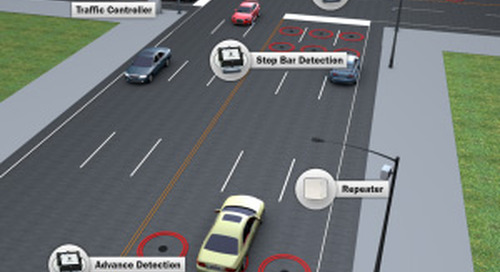 The components are available for IoT-based monitoring. Someone just needs to connect the dots.

For two highly cited technologies, Bluetooth and electric vehicles have their obvious shortcomings. The for...