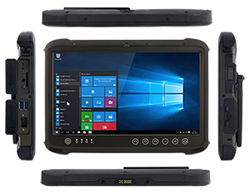 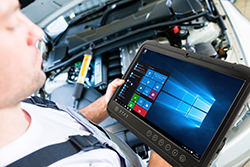 From a communication perspective, the device supports Gigabit Ethernet LAN connectivity via an onboard RJ45 connector, Bluetooth 5.0 for short-range wireless data transfer, 3G or 4G/LTE cellular for longer range, remote comms, as well as GPS and GLONASS support for positioning.

The system is also equipped with a light sensor, accelerometer, gyroscope, and e-compass, as well as a trusted platform module (TPM) for added system security.

Designed for operation in harsh industrial environments, the M133K Rugged Tablet PC's die-casting design and 810G certification allows it to operate in extreme industrial, automotive, and military environments. The system's rugged design protects against shock, vibration, transit drop, and humidity from 30 percent to 80 percent non-condensing relative humidity. There is also a built-in kickstand that supports hands-free use on most surfaces.

The multi-touch PCAP touchscreen can be used with an active stylus, and offers multiple operational uses such as hand, glove, rain, and, of course, stylus modes. The rain mode is designed to reject false touch senses that result from liquids – an obvious benefit in harsh environment applications.

Indeed, the devices are already being used as the primary vehicle diagnostics solution for a major Japanese automobile manufacturer across three plants that produce the brand’s four most popular models. In this context, the M133K Rugged Tablet PCs are used to transmit vehicle data back to a central control server to increase service bay productivity and customer satisfaction. 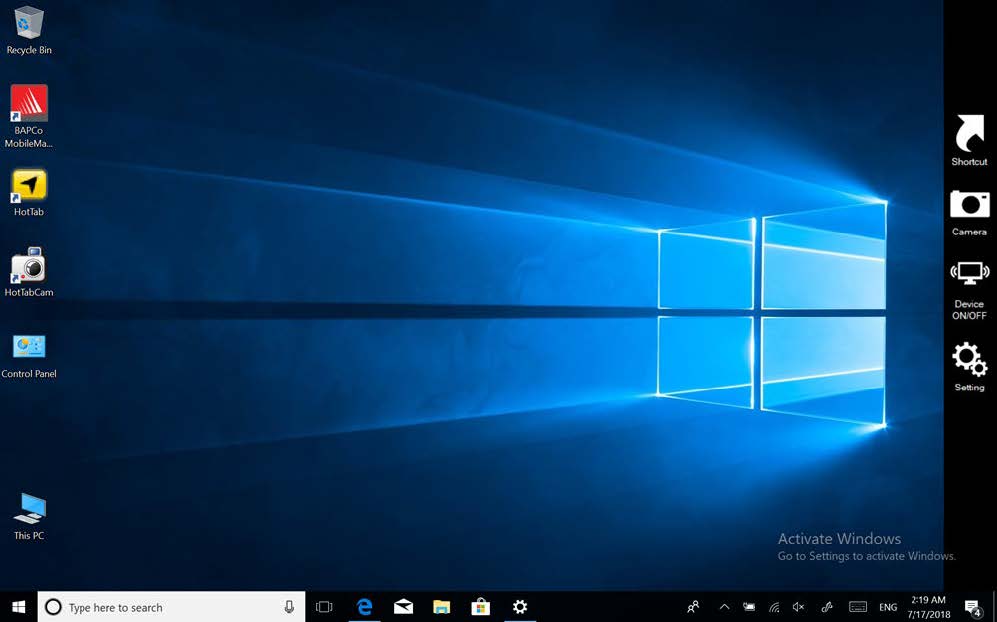 The tablet PC features two cameras, one 2 MP webcam and one 5 MP rear camera equipped with autofocus and an LED. LED status indicators are also on hand for alerts regarding Power, Battery, SSD, and RF functionality.

Other features include an optional 1D/2D barcode reader, optional built-in smart card reader, and optional HF RFID Reader. The 7.4V, 10280 mAh Li-ion battery (2S2P) and an optional hot-swappable backup battery provide up  to 11 hours of operating time, according to the company.

On the mobile device management side, the M133K 13.3" Rugged Tablet PCs are compatible with SOI MobiControl that allows enterprises to monitor their devices, and

Getting Started with the M133K 13.3 Rugged Tablet PC

Upon unpacking the M133K, the accessories supplied include the rugged tablet computer, standard battery M133, power adapter, power cord and plugs, stylus, and a quick start guide and driver CD. Or if you choose to include the optional accessories, your tablet could also include:

Out of the box, the system is otherwise ready for use.

For more information on the M133K, visit www.winmate.com or utilize the resources below.

This week we will be giving away one CrossLink-NX Evaluation Board thanks to our friends at Lattice Semicon...