Until recently, if you were trying to the popular Ayla IoT cloud, you either chose one of the supported connectivity modules, or you had a tough row to hoe to get your connection working properly. Now, thanks to a new release of Ayla’s platform-as-a-service, the restrictions on choosing wireless modules to connect to the Ayla IoT cloud are more easily overcome.

More specifically, a new portable software agent is in play that significantly cuts the time needed to get to market with IoT initiatives, by allowing developers to select almost any cellular or Wi-Fi module and have it connect to the Ayla IoT cloud. In addition, that new platform has new application enablement capabilities that make it faster and easier to build both mobile and web-based enterprise applications that need IoT data. The portable agent removes the potentially lengthy process of certifying a different software agent for each chip or module variation, and there’s no need to generate source code to port the agent to a chosen module. The result is a “bring-your-own module” approach to IoT design.

To connect to an IoT cloud, devices use an embedded cellular or Wi-Fi module, comprising both a hardware chip and a software agent, that provides wireless cloud connectivity. Previously, IoT software agents had to be built and certified to work with a specific chip and module type, an expensive process that could take a year or more and involve significant certification overhead. The Ayla portable agent includes source code, reference implementation, a porting guide, and a test suite for both cellular and Wi-Fi solutions.

SiP integrates a processor, memory, two power supplies and so on. Get your Linux-based IoT systems out the ... 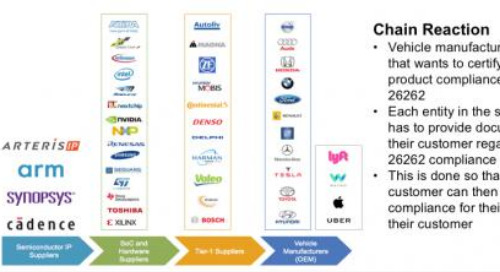 Organizations in Silicon Valley and elsewhere just entering the automotive marketplace can be taken aback b...