Secure Digital (SD) cards – those power-efficient nonvolatile memory devices that, at only slightly larger than a postage stamp, exemplify the term compact – have come a long way.  They evolved from (and improved upon) the MultiMediaCard standard from decades past, building on a simple portable-device storage standard into one that’s earned a prominent place in embedded, Industrial Internet of Things (IIoT) and machine-to-machine (M2M) systems. The reason is simple: SDs provide those applications with the necessary endurance, longevity and data integrity that the more-pedestrian solid-state storage solutions out there can’t match.

Manufactured with flash memory and durable metal connectors, SD cards are inherently rugged. They’re able to withstand shock and vibration better than less-durable forms of nonvolatile storage can, which explains their importance in protecting crucial data in demanding environments. But there’s an additional dimension to harsh environments: temperature – extreme temperatures, to be specific.

Think for a minute of where such environments exist: heavy machinery, remote, harsh locations in the oil-and-gas industry, smart cities in various climates, and countless other applications subject to extreme hot and cold. If they’re going to operate properly, system designers have to place a high priority on temperature tolerance, not the least of reasons being data collection and protection. Endpoints in an M2M setting, out on the edge of an IIoT network or any other embedded system are often deployed in remote, harsh environments. Just as excessive shock, vibration and excessive write cycles can threaten system integrity, extreme temperatures also can wreak havoc on the ability to store, protect and transfer data.

This is where industrial-temperature support comes in. Known commonly as I-Temp, this designation ensures, unambiguously, that industrial systems can tolerate and operate reliably in temperatures as low as -40°F and as high as 185°F. When you consider SDs often are deployed in the extreme conditions cited here, their I-Temp support isn’t a mere luxury but a necessity; the data the system collects and stores are too critical to be compromised. Still, not all SDs feature I-Temp; some manufacturers may claim some form of temperature support – but if it’s not I-Temp, there’s no guarantee their devices can handle the extreme environments in which they’re expected to do their jobs.

There are additional design-enhancing attributes to SD cards. In embedded systems, their lower capacities are actually a plus; they're ideal for applications like operating-system booting, data logging and code storage, so they don’t waste money, space or energy with unneeded capacity. Also, SD cards’ form factor satisfies the storage needs of single-board computers and other embedded-system boards such as COM Express, MicroTCA and Mini-ITX.

Virtium has advised system designers around the globe on how to ensure crucial-data integrity, often through SD cards that are efficient, rugged enough to ensure heavy shock, vibration and write cycles, and feature I-Temp support, such as the company's TuffDrive SDs. 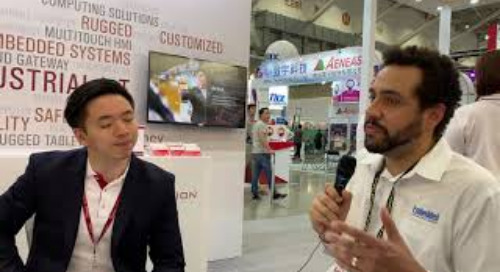