The Internet of Things is one of the major influencing trends for the IT industry, as it offers enormous possibilities in changing the way one interacts with devices, interfaces, and connects objects to the internet.

The potential for the embedded industry is boundless and going to increase with time. Naturally, it is laden with unprecedented business opportunities for IT solution providers and device makers who are visualizing the potential bigger than gold mines. However, it has become easier to integrate embedded systems in an enterprise environment with growing IoT devices and its adoption.

IoT and its approach towards embedded systems

While IoT introduced too many shifts in our approaches towards enterprise IT, the biggest one is obviously the way it is helping to reduce the gap between enterprises and embedded devices. IoT ecosystem alludes to the connected gadgets and smart devices, which can control mechanism with an IoT app platform and offer desirable performance, customized interactions, and hastily automation with the connected and smart machines and their interfaces.

With the ever-increasing demand for connected gadgets and smart devices, the embedded system needs to work with various innovative devices by adding new functionalities and performance with a real-time environment. The IoT device ecosystem plays a vital role and facilitates the shift in the approach towards an embedded system. For example, Java got so popular across the embedded system by the phrase “write once, run anywhere” which shows the connected reality of the IoT. Since the organization are focusing more on IoT and its protocol such as MQTT, CoAP, AMQP, etc., it appeared to be the most preferred language for building enterprises and IoT applications.

IoT Gateway refers to the IoT platform for several connected devices, interfaces, and interactions to offer meaningful and relevant outcomes for the users. IoT assisting businesses to make the decisions faster and smarter with a robust supply of real-time data from various gadget interfaces. In addition, considering emerging threats and security glitches, IoT is bringing changes with regard to enterprise information. For example, a motion sensor located at the very entrance of a manufacturing facility not only detects a break-in and turns the alarm system on, but it can also record the entire happening from the moment of its first detection. Similarly, the sensors in a heavy machine can detect a mechanical issue and the embedded system can diagnose the condition in detail and then can deliver all the findings to the maintenance team. Thus, the IoT gateway is filling the gap between embedded systems and enterprise requirements to create more value.

IoT and its demand

Estimation by Gartner, Inc. says that the number of connected things will grow to 5.8 billion endpoints by 2020. They believe the IoT will act as a powerful force in transforming business with its impact perceived across all industries and their customers. According to a Gartner report, IoT plays a crucial role in linking information security, IT security, security of operational technology, and security of the physical environment in a way that was not conceivable ever before.

IoT and its implications

With time, IoT is growing at a continuous pace with billions of new devices joining the connected enterprise environment. Naturally, there would be broader migration from the static development languages to more swift and responsive languages that can address the evolving requirements of embedded systems and connected environment. Such updates in the technical aspects of building machines will influence device design as well.

The modularity of embedded systems makes security stronger by preventing malicious programs from attacking several apps. The firmware updates will serve as an effective layer of protection for most embedded IoT systems. Furthermore, thanks to the frequent application upgrades as per field requirements, the lifetime, flexibility and ROI value of embedded systems will be improved to a great extent. Another important thing to remember is that the reusable code offered by Embedded systems can cut down development time and cost across various IoT settings significantly. 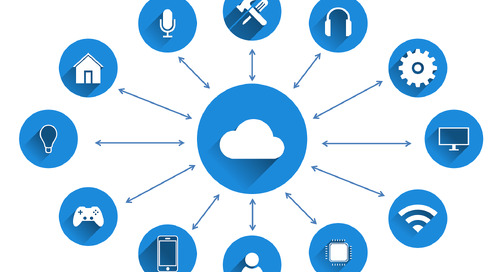 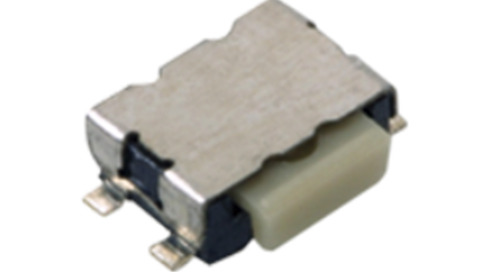 C&K, a manufacturer of electromechanical switches, announced the launch of its PTS841 microminiature side-a...