“Our goal for this release was to simplify and speed up and lower the development cost of complex virtual training courses for our VE Studio customers and partners. At last year’s I/ITSEC 2018 we demonstrated VE Studio’s ability to construct a fully functional virtual maintenance trainer (VMT) prototype designed for simultaneous desktop and virtual reality deployment in under 30 minutes. Customers were ecstatic - the wizards, new UI and subscription model were very well received,” said Kevin Mikalsen, VE Studio Product Manager.

Theater attendees watched as presenters created a new project, imported complex models, used the lesson authoring tool to generate a real-world multi-step procedure, and then publish runtimes for both classroom desktop and VR environments - all accomplished within 20 minutes. Audience feedback from the sessions was captured and used to fine-tune the final 2019.1 release. A video recording of the demonstration can be found on the DiSTI Corporation’s YouTube channel, - IITSEC 2018 - VE Studio Theater Presentation (https://www.youtube.com/watch?v=qyxaNqsBrkM).

Customers select VE Studio to create and manage immersive virtual training faster and more efficiently than other methods. Leveraging VE Studio demonstrably shortens the development cycle and saves costs by reducing the number of developers required to work on a project; enabling customers to efficiently publish more training content faster than traditional hand-coding a project on Unity alone. VE Studio’s newest feature, the Asset Wizard, leverages drag-and-drop ease-of-use and automated content processing of the file and component objects of 3dsMax models to simplify model importation of one or more models directly into the project. Combined with enhancements to the Lesson Authoring tools, it makes for faster prototyping and rapid lesson building to shorten development cycles.

Student efficacy and efficiency depends on intuitive navigation that is comfortable and uniform among virtual training environments spanning across desktop, mobile, cloud or mixed reality displays. VE Studio’s virtual environment runtime user interface was significantly updated providing a fresh, modern appearance that better aligns with Unity and 3dsMax navigational and iconography used extensively throughout the gaming and mixed reality industries. Both developers and users are immediately more comfortable with the UI and the complex shading, blurring capabilities enhance the focus on modality of the virtual trainer’s in-scene objects, tools or secondary equipment to improve manipulation and interactivity.

VE Studio 2019.1 is commercially available and a new subscription-based licensing model has been introduced to further lower the cost of entry for customers wishing to utilize VE Studio for their development teams. For more details, please contact Sales@Disti.com. 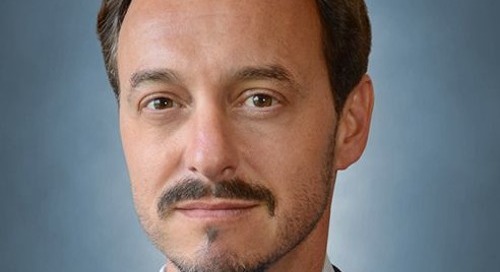 Obsolescence is something that many vendors dread. But fear not, help is out there. Just because a chip or ...