Trends and innovations in the Industrial IoT

This piece is part one of a three part series and explores some of the trends and innovations that are emerging in the Industrial Internet of Things (IIoT) and the challenges they will help overcome.

Most early IoT implementations were special projects rather than standard solutions, so a system integrator or service provider was required to scope, design, and manage the implementation. As IoT becomes pervasive, people in industry will expect their business systems to just work. That is, their existing enterprise systems should be IoT-enabled just as they now expect them to be Internet-enabled and data-enabled. Companies will expect to access the IoT from within their existing systems, or IoT technology will be used to create enterprise systems that deliver business value. There will still be a market for IoT platforms and components but they will be less visible to users who may not even know they are using an IoT solution.

A large number of providers – over 350 by our count – have developed IoT platforms, or components from which applications can be built, often relying on an ecosystem of partners to deliver the complete solution. In most cases, partners provide the IoT devices, cloud storage and computing, edge computing, enterprise applications, and the overall project management or systems integration.

Mark Benson, CTO of Exosite, says, "In the short term, we see trends moving towards more analytics offerings and related integrated services; more focus on device-to-cloud security offerings; and continued M&A consolidations. In the long term, we anticipate integrated augmented-reality services; the commoditization of the cost of basic device management in order to lure more sales in analytics and business-process automation; and that IIoT PaaS will become part of the standard enterprise IT portfolio – similar to CRM and ERP." 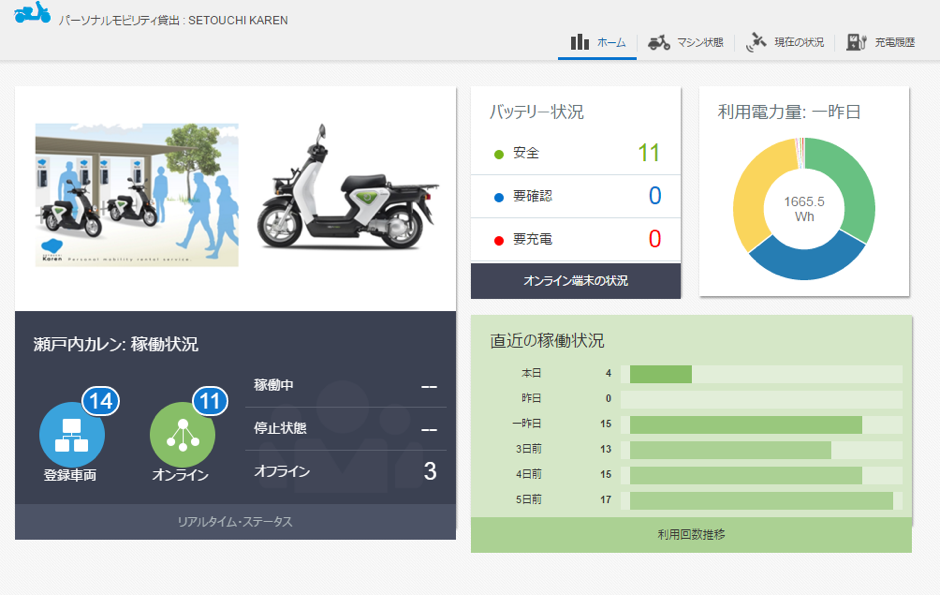 Many IoT providers are creating industry solutions that deliver much of the functionality out-of-the-box. For example, Oracle offers a range of IoT apps that include Asset Monitoring, Production Monitoring, Fleet Monitoring and Connected Worker. In 2016, Softbank’s PS Solutions subsidiary created Setouchi Karen using Oracle’s IoT Cloud Services. This allows visitors to rent Honda EV-neo scooters to drive around the island of Teshima, in Japan’s Inland Sea. The scooters are completely electric, rechargeable, and connected to the IoT. Norio Yamaguchi, Ph.D., fellow at PS Solutions, says, “This year, Teshima became not only an exciting destination for contemporary art, but also the test case for technological innovation that could transform the way people consume energy and travel.”

Other manufacturing companies will create their own solutions. Companies with extensive IT capability that regard the implementation of IoT as vital to the business may decide to keep control of the design and implementation of an IoT solution, and even offer it as an extension to their existing product range. A good example of this is Rachio’s Smart Sprinkler Controller (Figure 2).

The Smart Sprinkler Controller is a WiFi-based irrigation controller that allows consumers to optimize irrigation schedules by consulting local weather forecasts and adjusting watering time and volume to account for specific irrigation setups, plants, and soil types. The controller allows users to conserve water while not under-watering lawns and landscapes. Rachio uses the AWS IoT cloud platform to manage the interaction of its connected devices with cloud applications and other devices. Initially they built their own device management service, but according to Franz Garsombke, chief technology officer and cofounder of Rachio, “We still didn’t have the high availability and scalability we needed." 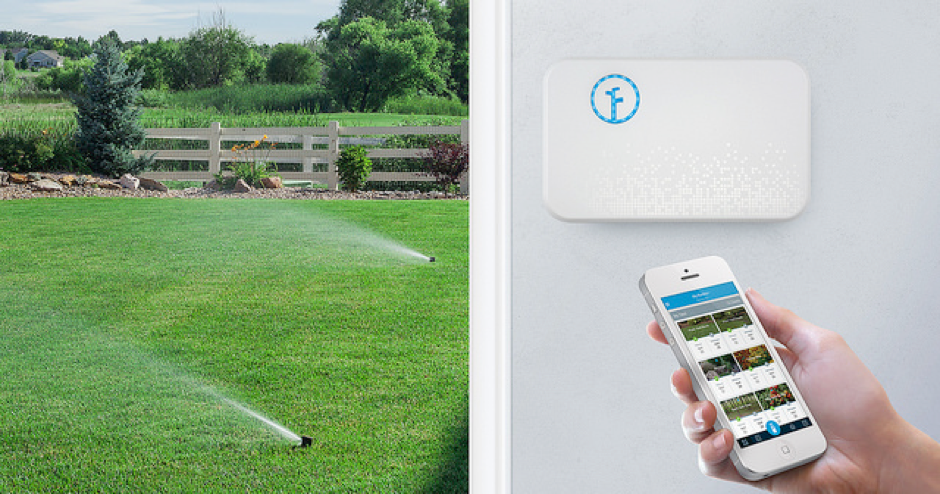 Now, each day, millions of Rachio Smart Sprinkler Controller messages are processed over MQTT to AWS IoT and then routed to Amazon Simple Queue Service (SQS), a scalable, fully managed message-queuing service. Rachio developed and launched its Smart Sprinkler Controller without building a large IT team. “For companies wanting to get into the IoT space, tools like AWS IoT enable a faster time to market and eliminate the need to spend months and months and hundreds of thousands of dollars building a solution yourself,” says Franz Garsombke, chief technology officer and co-founder of Rachio.

Security is an important factor with commercial IoT deployments. Rachio was also able to use AWS IoT to build security into its product. Garsombke says, “AWS IoT offers leading-edge security capabilities. Messages are encrypted, and the broker adds another level of security.  And in general, the policy-based security is a huge advantage of AWS. If one of our devices goes rogue, we don’t have to reissue certificates. We can just shut off the policy to that device. It’s very simple and effective.”

The IoT as a catalyst for ‘digital transformation’

The IoT can help transform a business so that it is completely computerized, highly automated and even autonomous in some areas. Examples include CNH Industrial, the agricultural and construction equipment conglomerate, which is making smart connected products an integral part of its portfolio of customer offerings, including performance monitoring of customers as well as integration with core enterprise business systems, such as ERP and CRM. 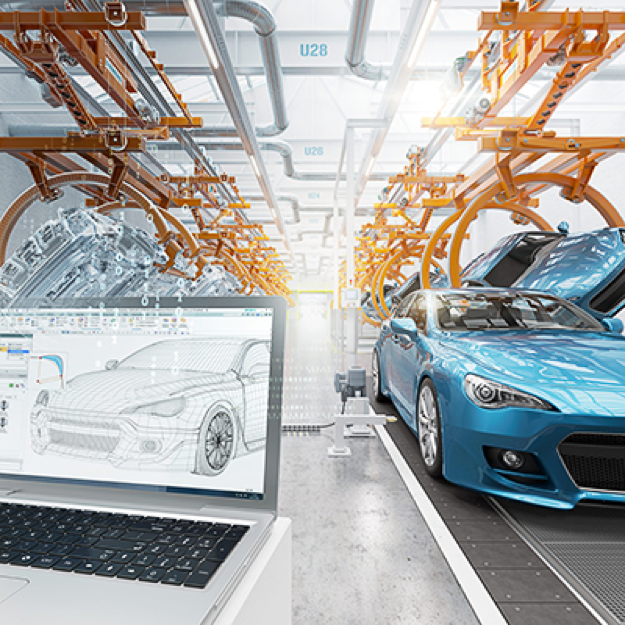 At the Hannover Messe tradeshow in April 2017, Siemens’ Mindsphere IoT operating system was central to a range of partner presentations using digital twins to help optimize product development, production management, and in-service performance. So, for example, the concept of new ways to operate and understand the performance of connected devices is supported by data analytics so that new workflows can be supported.

IBM differentiates its cloud support for IoT with its cognitive computing capability. The IBM Watson IoT platform integrates natural language processing, machine learning, and image and text analytics, so you need look no further if you want your IoT project to include, say, voice control of your products in service.

Alongside its Thingworx offer for IoT software, PTC offers augmented reality technology, aimed at extending the nature of interaction with connected devices. An operator’s smartphone or tablet can add information to a video feed of the product, and see sensor readings, or results of analysis, or overlays of engineering details.

Because the IoT is such a huge opportunity, many providers – from large industrials to small start-ups – are entering the market, and inevitably there will be consolidation. One sign is the recognition of what is core strength and where it makes sense to work with others, for example:

-Siemens partners with companies such as Capgemini, which will work with the Siemens Building Technologies Division to use the Siemens Mindsphere platform to implement cloud based asset management and analytics technology. Siemens has also announced a partnership with FPT, a technology, outsourcing and IT services group headquartered in Vietnam, to drive digital transformation for businesses in Asia Pacific and Europe.

-In May 2017, Google launched IoT Core, a capability broadly in the same category as Microsoft’s Azure IoT Suite. This will help companies set up connected devices more easily and securely, and then aggregate, and analyze the data they generate. Hardware partners supporting this effort include chipmakers ARM, Intel, and Marvel.

-Autodesk is collaborating with Electric Imp on the IoT Discovery Toolkit that enables IoT connections to their equipment.

Machines and equipment will be delivered IoT-ready

Security will be a fundamental requirement

There have been several scare stories in the press about IoT systems being hacked or compromised – e.g. the Mirai botnet attack where everyday items were hacked to force websites such as Amazon, Netflix, Twitter, Spotify, Airbnb, and PayPal offline. This exploited the weak security of internet-connected devices, like DVRs and cameras, using botnets implanted on the devices, to attack sites causing a denial of service failure.

In the near future, all companies successfully offering IoT products and services will provide sound security features – such as the AWS IoT security capabilities used by Rachio and the Azure IoT platform provided to Rolls-Royce by Microsoft. Security needs to be designed in at every level, and microprocessor manufacturers such as ARM and Intel are building security into their solutions too.

In the supply network, blockchain solutions will be used to provide security as well as traceability, as exemplified by Walmart and other supermarkets.

Pricing and consumption models will be simplified

Companies who obtain IoT solutions through their enterprise system providers will have a pricing and consumption model that builds on those they are already familiar with.

Companies that are building IoT solutions will also find things simpler: Oracle recently announced a cloud pricing program that includes “bring your own license to PaaS (Platform as a Service),” which allows customers to bring their on-premise licenses to Oracle PaaS, including the database, middleware and analytics.  Also universal credits offer one contract that provides unlimited access to all current and future Oracle PaaS and IaaS services, including Oracle Cloud and Oracle Cloud at Customer. Customers can switch the PaaS or IaaS services they are using without having to notify Oracle.

Google’s IoT Core helps companies deal with all the data and validation requirements from millions of devices by removing a level of complexity – packaging the infrastructure and services to manage the data, using services like Google Cloud Dataflow, Google BigQuery, and Google Cloud Machine Learning Engine.

In summary, the Industrial Internet of Things is now providing real value to a wide range of companies in most industries. Consolidation will reduce the number of providers and it will become easier to get started. For companies creating new IoT-based products or solutions, the choice of partner will depend on your internal IT capability versus the capability of your enterprise system provider. And finally, as far as your end-user is concerned, they may not even be aware that the system they are using involves IoT; it will just work.

Security must remain effective throughout a product’s entire lifetime

The Timesys TRST technology reduces the attack surface of an embedded system.