Why developing markets are primed for fog computing

Set to reach $411B in 2020, it’s clear that cloud’s computer rental market is providing a valuable service by making computing power easily accessible to developers. However, while cloud seems like a globally ubiquitous resource, its computing power is actually consolidated in a small handful of data centers with a very specific geography.

As the number of devices connected to the cloud explodes with trends like the Internet of Things, the distance data has to travel and the strain on underlying infrastructure by which it is transported are becoming increasingly problematic.

For example, data from a smart thermostat in NYC likely makes a thousand-mile roundtrip for processing at Amazon’s nearest data center in Virginia before returning anything intelligible, and distance increases latency (the delay in sending and receiving data). It’s also competing with billions of other devices sending data across the same infrastructure to get there; more traffic means more bandwidth strain.

For developing markets, simple geography and infrastructural hurdles exacerbate these problems to the point that the cloud becomes uselessly unreachable. One need only look at a map of Amazon’s data centers to understand why the cloud is a non-option for would-be start-ups, innovative enterprises and researchers looking to tap the same kind of computing power that has propelled business growth in developed regions. 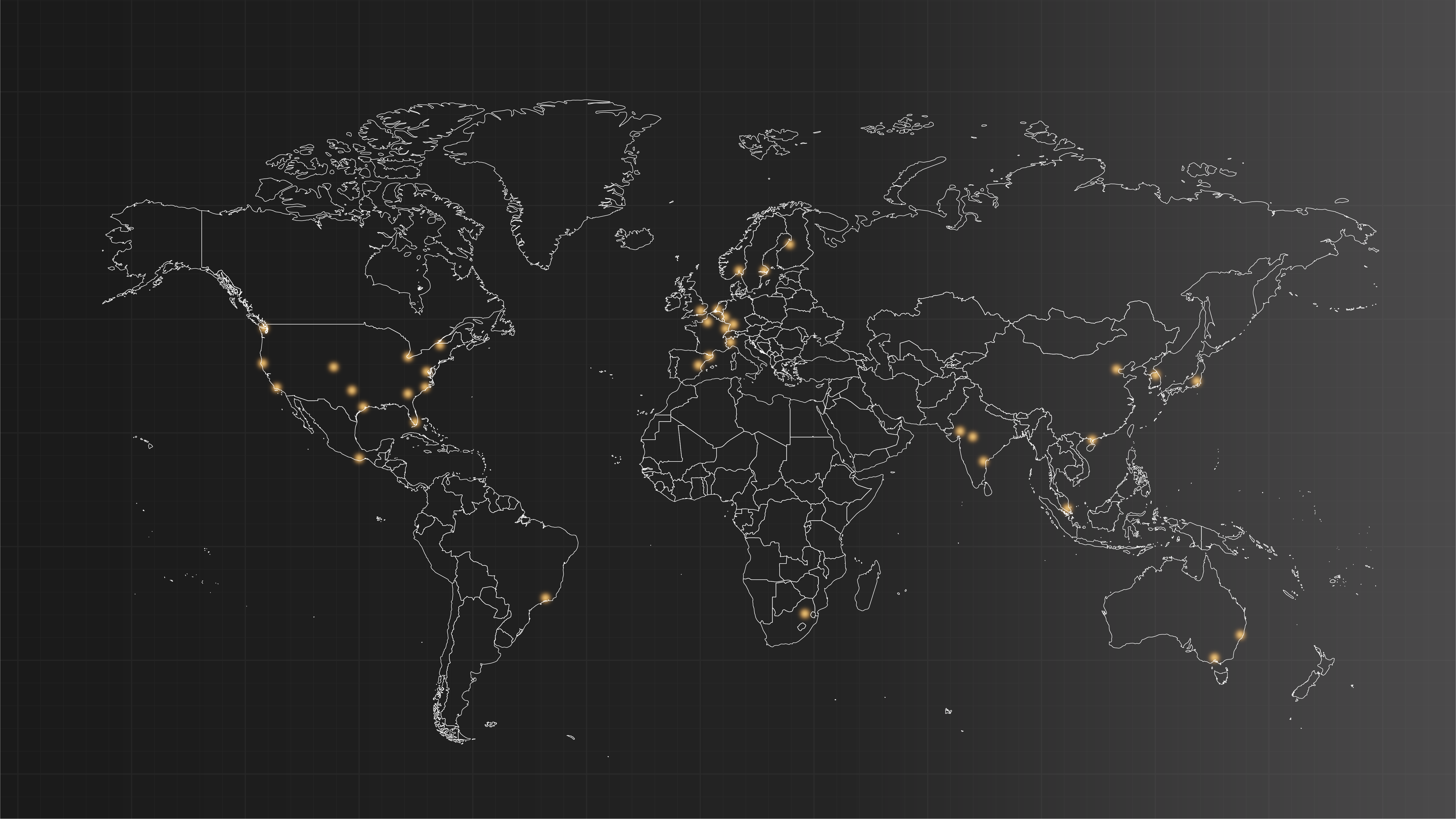 Fortunately, although regions in developing markets lack the cloud data centers around which developed markets have consolidated, they are often not lacking computing power. In fact, the developing world is adopting smart phone technology so aggressively that they are on track to add 1.6 billion more compute-heavy smart phones by 2020.

Why wait for cloud providers to build datacenters in these markets when they’re already flush with computing resources? Thanks to fog computing, we now have the technology to make computing power on these everyday devices available to developers in the same way cloud makes compute available on devices in its data centers. Instead of waiting on cloud providers to build data centers for cloud connectivity, developing markets are uniquely positioned to skip cloud dependency altogether in favor of fog computing, which is designed to make better use of the resources they already have.

Computing moves into the fog

Fog computing makes processing power available on a spectrum of computers spanning device to cloud, so data can be processed closer to where it is produced. Where the smart thermostat in a cloud infrastructure must send data all the way to the cloud and back for processing, the same device in a fog architecture could leverage processing power on a computer in the next room, decreasing the distance data has to travel and reducing bandwidth strain by limiting the total quantity of data traveling to the cloud.

The latency and bandwidth benefits of a fog computing architecture could enable developing markets to excel quickly in industries that depend on fast access to processing power, like IoT, AR and VR. Perhaps even more promising, though, are the economic implications. In a literal sense, the direction and distance data travels for processing represents where money is flowing in a given architecture. 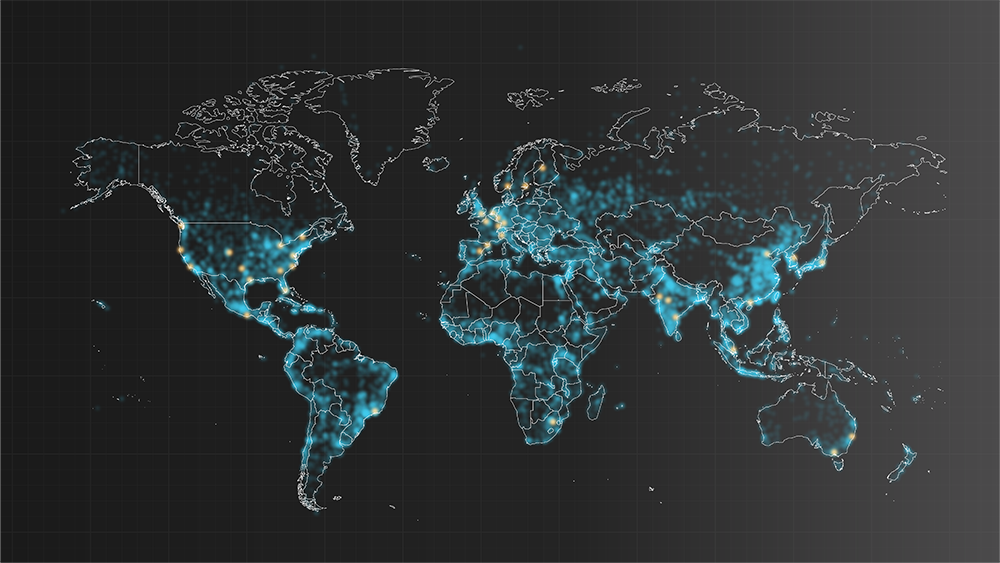 Through fog computing, developing markets have the opportunity to turn any one of their surplus computers into hosts that get paid for renting out processing power. The result is a computing ecosystem where capital flows between participants in dynamic local economies instead of outward to singular data center owners (cloud providers).

A number of fog computing platforms are coming to market, such as ActiveAether’s serverless computing platform, that can enable virtually any computer to process data and host web services just like the computers in Amazon’s cloud. Computer owners list available resources to a distributed network, turning them into Hosts in a platform that looks and functions to developers just like a “cloud” platform for developers.

In some cases, all developers need to do is upload their software and the platform takes care of the rest—automatically deploying that service to the most appropriate Host, based on the developer’s preferences for criteria like latency, cost and even green compute. When demand ceases, hosts are compensated for their contribution and their resources become available again.

In practice, this means an IoT start-up in a developing region, for example, would be paying to rent compute from local businesses peers with desktops, laptops and smartphones, instead of sending cash outward to AWS or Azure.

For billions of devices owners across the globe, fog computing makes it possible to establish a passive income stream. For developers purchasing compute, fog means infinitely more competition in host providers than in a cloud-centric infrastructure, resulting in more affordable compute, which can otherwise be a prohibitive expense for up and coming tech start-ups even in developed markets.

This won’t be the first time the developing world has leapfrogged technology that had begun to bog down developed markets. In Africa, for example, while only 2 percent of homes have landlines compared to two-thirds in the U.S., cellphone and/or smartphone ownership in South Africa and Nigeria has already reached that of the U.S. at 90 percent.

Fog computing is a modern, location-agnostic computing infrastructure better suited than cloud to a global technical climate in which over a million new connected “things” are plugged in every hour. By seizing this opportunity to implement fog computing, developing markets have the opportunity to skip the cloud’s infrastructural burdens, establish a lower-latency architecture for connectivity, create a passive revenue stream for billions of device owners, and stimulate entire local economies through the new computing power rental market. 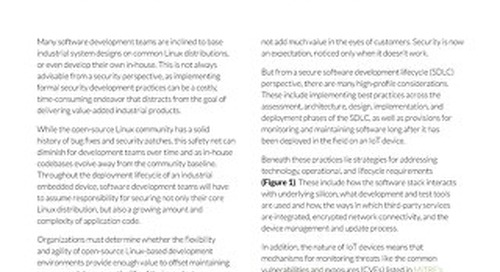 A desire in the development community to use Linux is often at odds with the security requirements of an or...