In a not-so-far-off future where companies look to have constant access to the always connected consumer, data communications from a growing array of smart home devices and appliances will play an essential role. However, without a generally-accepted data communication standard, manufacturers may struggle to maximize market opportunities as consumers face frustrations about device interoperability, security and ease-of-use.

Before the smart home can become a reality, the myriad interconnected devices that comprise it need to freely interact with each other, their controllers and a local wireless connectivity system such as Wi-Fi or Bluetooth to ensure a smooth experience.  However, today’s smart devices are made by different brands, and often speak different languages. Some of these differences are slight. Others are not. Interoperability suffers whenever a smart device understands only a cluster of words or every other word from another node on the local network. For consumers, these limitations can cause problems that make the smart home seem less convenient, efficient, and safe.

To minimize data communication challenges, consumers can become brand-aligned and purchase devices from the same product family. For example, a homeowner could buy a refrigerator, freezer, washer, and dryer from Whirlpool and then use a smartphone to control all of these appliances. Yet these devices must still connect to the user’s home Wi-Fi network and protect personal data. Smart appliances must also remain connected and secure so that they’re available whenever the homeowner needs them.

Although some consumers will limit their purchases to a single brand, many others will cross brands and unexpectedly encounter data communication challenges. Plus, many smaller devices require the average homeowner to perform often complicated installation procedures. Devices from different brands may also follow different cybersecurity protocols. Consequently, a home network may contain vulnerabilities that hackers could exploit to steal data or alter the system.

According to research sponsored by Jabil, consumers expect the smart home to be a plug-and-play experience. They also want to operate and control connected devices through a friendly and intuitive interface, or through voice commands. Yet consumers don’t want to comprise their privacy or security for ease-of-use. Without data communications standards, meeting these goals is challenging – especially in smart homes with devices from multiple brands.

Although most manufacturers believe that data communications standards would benefit their business, they disagree about how to best build an Internet of Things (IoT) ecosystem for the smart home. Unfortunately, this complicates the construction of a data communication standard. In the Jabil survey, manufacturers reported that they’re taking one of three approaches: controlled, interoperable, or open-source.

Specifically, 45 percent of participants said that they’ve adopted a controlled approach where their brands deliver all of the needed functionality within a managed ecosystem. For manufacturers, this means full control over the customer experience. Given that 50 percent of survey respondents said that delivering a user interface that works as expected was a challenge, the controlled approach promises an ecosystem of IoT devices that are easy to configure and convenient to use.

A slightly greater percentage (47 percent) of the survey’s participants are taking an interoperable approach instead. These manufacturers have designed their products to work across brands and, in turn, are allowing users to create their own ecosystems. There are limitations to what users can do, however. Lastly, Jabil’s survey found only 8 percent of participants were pursuing an open-source solution that lets users do whatever they want. Typically, these systems are best-suited for advanced rather than average users.

These differences in approach correspond with differences in market focus. Manufacturers who take a controlled approach often believe that energy efficient devices such as smart lightbulbs and thermostats represent the largest opportunity for connected home and building solutions. By contrast, manufactures who favor interoperability foresee smart building devices such as smart temperature, energy, and lighting controls as central to the future of smart homes.

The road to standardization

Whether taking a controlled, interoperable or open-source approach, manufacturers will need to find areas of agreement and establish a language that lets devices from different brands communicate with each other. By finding the lowest-common denominator among these three approaches, device manufacturers can develop a new or modified language that’s used not just by existing brands and devices, but by new ones.

Establishing a common language for these products will ensure that new devices can integrate into smart homes easily and work together seamlessly. This is especially important as more consumers adopt connected devices. As part of this effort, any data communication standard must establish a common security protocol to ensure there aren’t any gaps in cybersecurity that can introduce vulnerabilities.

As Jabil’s survey indicates, the vast majority of manufacturers (97 percent) believe that the adoption of a data communication standard would benefit their businesses. Consumers would also benefit by enjoying connected devices that install easily and perform as expected. Ideally, a new device could simply integrate itself with the network for a smart home experience that delivers on its promises of safety, efficiency and convenience.

Sam Salem is Senior Director of Technology and Strategic Development for Connected Consumer Technologies at Jabil.

Business leaders find it hard to understand ICS cybersecurity because of its complexity. Furthermore, engin... 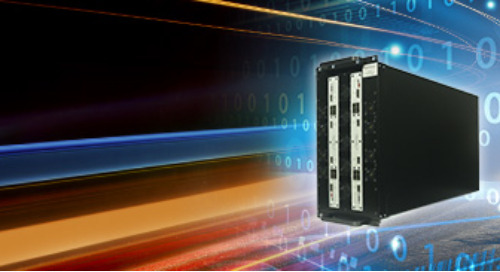 FPGA-based prototyping has been key starting the software-development process as early as possible, but gro...