With the new regulations of the Underwriters Laboratories (UL), the standards for smoke alarms have been raised considerably. For example, smoke alarms must now be able to recognize the subtle difference between the official hamburger burn test and an actual threat in the form of smoke such as polyurethane. Classic smoke alarms using monochromatic light sources are not capable of this, and hence a new solution—the ADPD188BI—has been developed.

A typical smoke alarm is made up of a detector, a microcontroller with an algorithm, and additional components such as loudspeakers, LED indicators, or CO sensors. The reference measurement in a smoke alarm works according to the so-called obscuration principle, as shown in the schematic in Figure 1. The darkening, or light extinction, between the light source (L) and the detector (D) due to the presence of particles is measured and then evaluated using the new UL regulations.

Classic smoke alarms are designed discretely and function by forward scattering, where the LED light of a specific wavelength—usually in the infrared range—is scattered by particles onto a photodiode. As shown in Figure 2, the distance between the LED and the photodiode is usually a few centimeters. 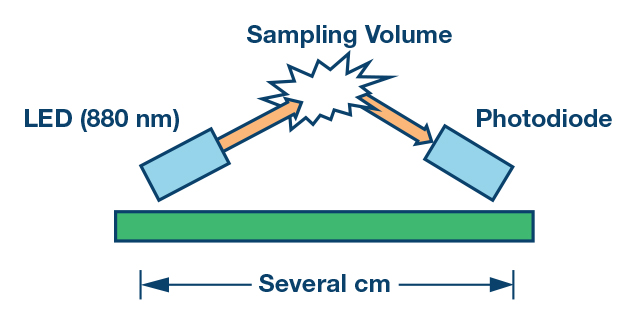 However, both the discrete design of the smoke alarm and the measurement method result in a few disadvantages. The main one is that monochromatic LEDs lead to a higher false alarm rate because they make it harder for different particles to be distinguished from one another. In addition, a discrete implementation is large and associated with a high power consumption. Laborious calibrations are also necessary. The technology for the optical components has advanced to the point that the LEDs and the photodiodes, along with the optical front end, can be integrated into a small housing. 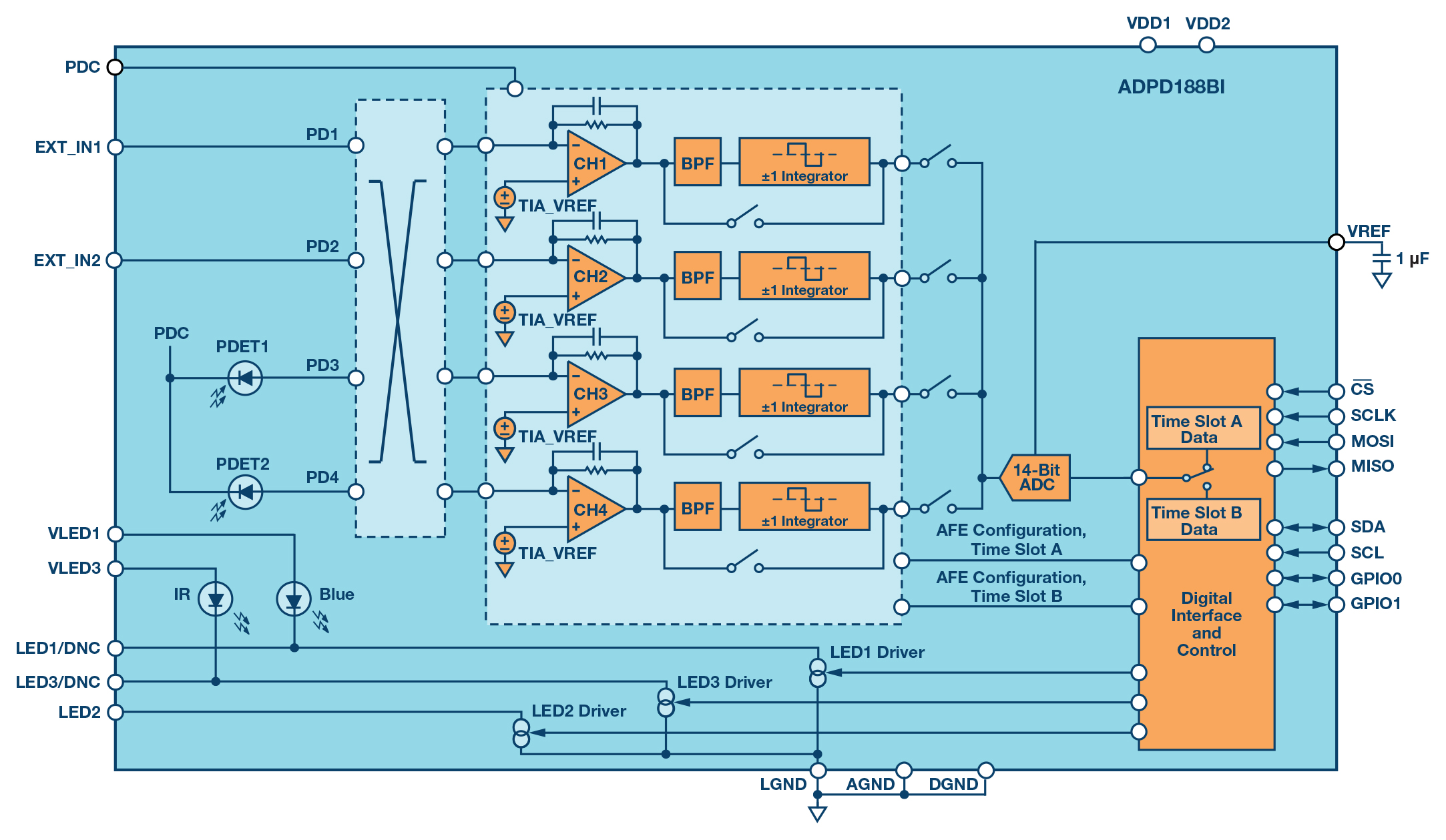 Figure 3. Block diagram of the ADPD188BI.

Analog Devices has created such a technology: the ADPD188BI. It has two LEDs (blue and infrared), a photodiode, and the analog front end directly integrated in a single unit. The use of diodes of different wavelengths means two different angles of refraction and thus more reliable measurements. Digital output over I2C or SPI enables connection to a microcontroller. The associated block diagram is shown in Figure 3. Thanks to the integrated LEDs, photodiodes, and analog front end, it is easier to calibrate the system because the conditions are fixed. Calibration—usually single-point calibration—can be incorporated into the customer’s end-of-line test. A schematic of the ADPD188BI, with the firmly integrated LEDs on the left and the photodiode on the analog front end, is shown in Figure 4. As can be seen in the figure, the complete signal chain is realized on a single 5 mm × 3.8 mm chip.

Figure 4. Schematic of the ADPD188BI.

The ADPD188BI works by emitting a short LED pulse of a few microseconds, which is then scattered by the particles back onto the photodiodes. A transimpedance amplifier converts the resulting current into a voltage, whereby a band-pass filter filters out the dc component and an integrator filters out the ac component of the ambient light from lamps or solar radiation up to 80 dB. After that, the analog-to-digital converter converts the voltage into a digital signal.

This principle provides a number of advantages. The use of two LEDs results in a high dynamic range and a high SNR, leading to fewer false alarms; in addition, the short LED pulses result in low power consumption. The dual measurement by the two diodes also enables finer detection; that is, differentiation not just between normal smoke and burning hamburgers but also between normal smoke and steam. Thus, it is also possible to install and use smoke alarms in the kitchen and the bathroom.

Furthermore, the integration of the system means easier calibration due to the predefined conditions as well as a reduction in physical size. The system not only meets the forward-looking regulations of the UL but also allows for a small, chamberless design for easy integration into any room. With that, the ADPD188BI meets all future requirements for safety, cost, and reliability with a novel measurement system.