People often ask about real-world applications of MCUs. Here’s an interesting example I came across.

Bee populations have been on the decline for several decades for many reasons. As pollinators of numerous crops, honeybees average more than 33 percent population loss per year. Most experts conclude that the decline is caused by a host of factors, including pesticides, habitat loss, and disease.

Three years ago, Rich Morris, an avid beekeeper in Madison, Wis., and a three-decade electrical engineer, decided to confront the problem. He created a temperature and humidity measuring system using the Silicon Labs BLE113 Bluetooth Smart Module to measure a hive’s overall health. Then he raised nearly $30,000 to start his company, Broodminder, with an Indiegogo campaign.

Hive temperature is critical. A healthy hive where bees are brooding generally maintains a temperature of 95°F. If the temperature variates much in either direction, it typically signifies that there’s something wrong with the queen. Monitoring bee hives using Broodminder’s environmental sensing device lets beekeepers keep tabs on the bees without disrupting brooding (larvae and bee development) or honey production. If the temperature data reflect problems, the beekeeper can intervene by replacing the queen, add more bees, or whatever else is required to maintain a healthy hive.

The device also alerts beekeepers when the honey-flow process starts, creating a mechanism where they can begin servicing the hives for honey at the appropriate time. Until this point, if beekeepers needed to obtain this data, they had to open and/or take apart the hive, which disrupts the brooding and honey-making process, and poses a risk to the hives’ bee and honey yields.

Morris recognizes the benefits of cloud intelligence by inspiring more master beekeepers to collect beehive data, or as he calls it, “citizen science.” The Broodminder device connects to smart devices via Bluetooth, so users can quickly acquire data from their hives and publish the data to the cloud, creating a public database of hive diagnostics. Data are sent to the cloud by either the beekeeper’s cellphone or a dedicated hub that’s created using the Silicon Labs BLE121 module.

To date, Broodminder has sold nearly 6,000 $65-internal temperature hive monitors and 3,000 hive scales, enabling thousands of beekeepers to improve the brooding process without dismantling the hive. This week, Broodminder is launching a new version of the device for half the cost that’s focused exclusively on temperature measurement.

Broodminder built the new product using the Silicon Labs Blue Gecko BGM11S SiP Bluetooth module, which Morris explained was crucial in allowing the product to be designed more cost-effectively due to the SiP module’s size, price point and ease of use. The cost of the sensing solution is an important consideration because Broodminder’s manufacturing is entirely local and the company only uses components from the Madison area.

Morris said his team is just starting to find important data patterns among hive owners in the cloud, and he’s optimistic about the future of bees. He says backyard beekeepers are generating and sharing increasing amounts of data at Broodminder’s public domain site BeeCounted.org, and he believes the next step for beekeeping cloud data will be applying AI technology to improve hive outcomes.

Lance Looper is the Senior Manager of Silicon Labs’ Community. 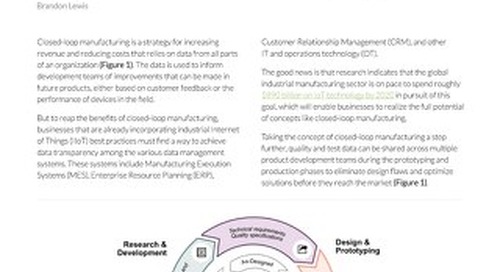 The Virtuous Cycle of Closed-Loop Manufacturing

Closed-loop manufacturing has the potential to increase revenue while reducing costs. 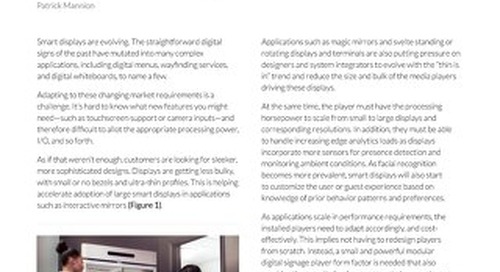 Smart displays need to be sleek yet powerful to meet the evolving requirements of signage, kiosks, whiteboa...