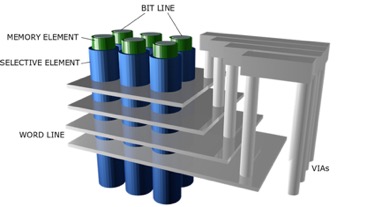 This material combination enables a 3D vertical non-volatile memory architecture for high density, high performance applications, including AI, gaming, and data centers. Previously, it was challenging to build such architectures because of the inability to stack tens of layers in a 3D structure. This limited memory density and increased the costs involved.

OTS devices are commonly used as selector elements in 3D crosspoint memory arrays. They were limited to that crosspoint architecture due to the absence of conformality of physical vapor deposition (PVD) deposited chalcogenide films. The GeAsSeTe OTS device for 3D vertical memory arrays deliver excellent endurance at 1 billion cycles, fast switching and low threshold voltage (VTH) drift. The introduction of the As element in a four-element ALD film allows for excellent thermal stability and for the device to operate at high temperatures.

FogHorn announced the availability of their Lightning™ Health & Safety Solutions to improve the safety of w...